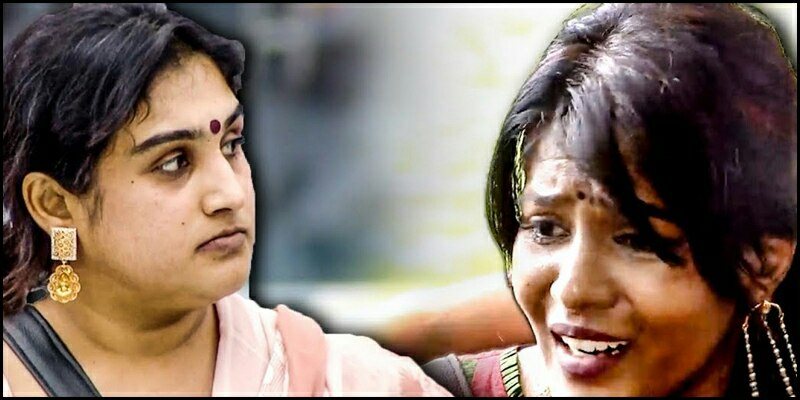 It’s Friday and Bigg Boss 3 reaches its high point with multiple contrasting truths and is ready to meet the host Kamalhasan this weekend to crack the truth in the cases.

From the issue when Meera spontaneously asked Mohan Vaithya to help her with the hooks in her dress, And Vaithya records this to Captain Vanitha about how he needs his space and wants to draw a line, When Vanitha just queries about it to Meera to let her know Vaithya’s headspace in the issue.

She doesn’t take it as a matter of a concern and says Vaithya is a father figure to her before Vanitha even complete herself. This triggers Vanitha’s ego and Vanitha let Vaithya know the same. Vaithya and Fathima attest to Vanitha that Meera never thinks of someone else as her mother or father figures as she herself told this to them the very first day into the house. Adding to this, Meera procrastinates her chores in the house and letting her team do them for her.

When Vanitha confronts all of this to her, Meera doesn’t listen to her what she says since Vanitha raises her voice towards her which triggers Meera’s ego and she starts to break down. Housemates try to console Meera by saying what she thinks is right whereas when they are with Vanitha, they tell her the same sort of thing. And Madhu felt that as a contradicting thing and she openly tells this to the people who were consoling Meera.

Especially towards, Shakshi and Abirami who were picking on Meera since the first day, and this Friday, they were ready to give their shoulder to Meera due to a change of heart. Are they all being real here? Let Kamal and the viewers be the judges this weekend to bring out the truth. We may even expect a “Kurumpadam” (Short Film). Tune in for more

One person who never broke my heart: Abhirami about Losliya