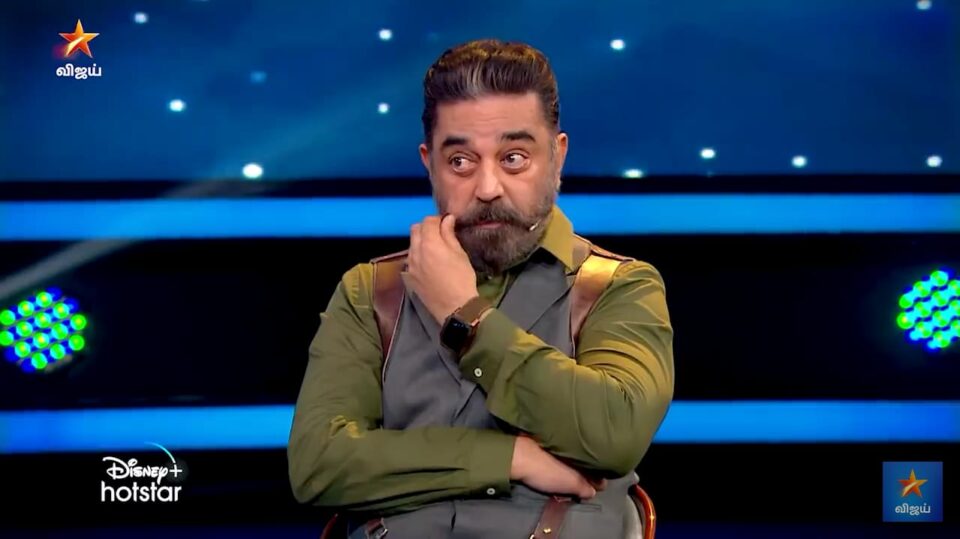 After an partially eventful week in Bigg Boss with the rain situation in the city, There are still nothing short for spice. Friday events show that how Samyuktha feels she is being cornered by Anitha and Sanam, Sanam was sleeping while others were talking about Aari who went to the resting room 3 times out of 5 weeks, which must frustrate him. Sanam mumbles in her sleep to go outside and talk If they wanna talk loud. Samyuktha and others were making fun of it by husking their way. Anitha picked a fight with Rio, the captain of the house this week, for letting Gaby volunteer to sweep house without telling her a word as she is housekeeping captain.

This week’s issue began when Aari raised his voice at Ramesh and others when he was ridiculed for always talking so long. In this discussion, Bala reveals the information that Aari shard to him last night about the captaincy task of Rio. Aari mentioned that he sacrificed his winning situation when it was between Rio and him. Others found this accusation devalues Rio’s win. But Aari only did what he did to avoid a conflict with Rio. This is compared to Bala’s action to make Samyuktha win against Som few weeks ago for which Kamal, today, explains Aari only sacrificed his chance and didn’t ruin anyone’s chance like Bala did for Som. Kamal announces that Bala and Aari are saved from this week’s eviction. He wishes them to continue their dialogues in the most graceful manner on TV.
Kamal addresses the pressing issue in the house which is the contestants are split as groups. Bala submits his accusation that Archana teams with Rio, Som, Nisha and Ramesh and affects other contestants game by nominating the deserved for eviction. Bala is being nominated for 5 weeks and he strongly feels it’s because he has a problem with Archana which frustrates her teammates to develop the animosity. Bala says they nominate people who they dislike and not based on their game performances. Archana denies it completely. Gaby presents that Bala is also teamed with Samyuktha, Shivani and Aajeedh. He also could be influencing other’s game. Bala denies it and says he plays only for himself.

Kamal pointed out Sanam’s game spirit with the topple card game to escape from this week’s nomination. He appreciated Sanam and Anitha. Kamal gives tips to Nisha to play for her own good and can share and cheer for others from the outside. He advises her to utilize this opportunity.
There were a lot of banters even in front of Kamal from Samyuktha, Ramesh, Sanam, Anitha, Rio which all talked about how groups exist and how they aren’t. Kamal advises them to play each for their own and practise what they preach. Nisha, Sanam, Ramesh, Som are still facing eviction tomorrow.

Stay with us for more updates.