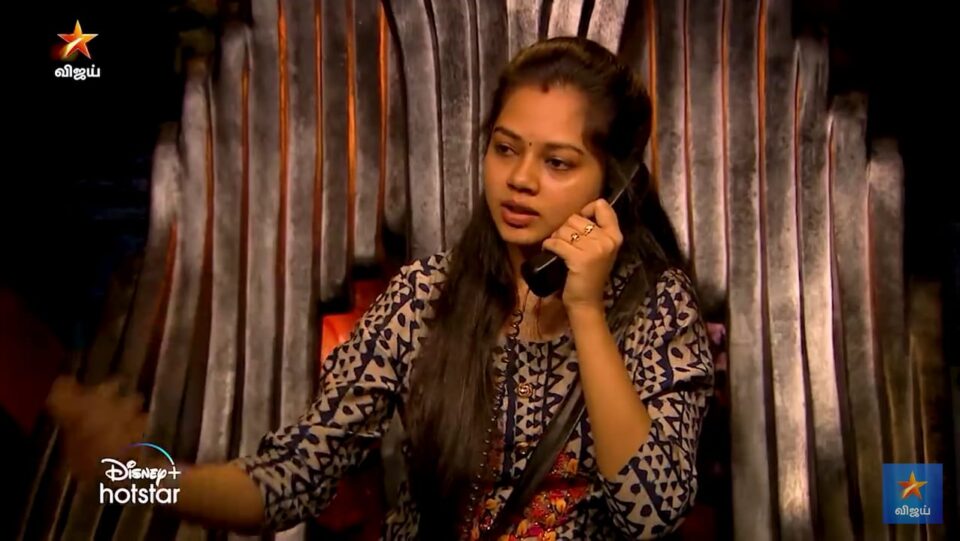 Nearing 60 days in Bigg Boss house, the dust hasn’t settled yet. Morning task begins as a fun way to make housemates do things they usually do around the house. Archana acts like how she would when she wants the kitchen chores gets done. Gaby calls the name of the act Bossy. That word hurts Archana as she feels her character is assassinated. She is right to feel that way. She couldn’t be expected to brush it off soon and be normal too. As she is continued to be moody about that, Gaby felt bad for what she did and thinks why Archana has to prolong the issue.

Som made Sanam to flirt with him and massage his head as part of the morning task. Sanam does it as a sport but she feels bad for being treated the way she did. As the task is to make people what they usually do around the house and Sanam never flirt with or massage people. Sanam is right to stand up for herself. Som deeply apologizes for it.

Bigg Boss Call Center task resumes. Ramya receives call from Shivani. They have a friendly talk but since Ramya didn’t disconnect the call, Shivani is nominated for next week. Nisha receives call from Jithan Ramesh. It’s an amusing call and Ramesh vibes with Nisha which brings his humorous side as well. Nisha disconnects the call and save Ramesh.

Anitha calls Rio to clarify the things Rio has done in the house. Rio feels Anitha’s call is to provoke him but Rio tries his best to keep his temper during the call. Anitha is certain Rio is two-faced and tries various ways to make him own his mistakes, however small they may be.

40 days to go and the constant thought in contestants’ mind to see who would the finalists. Archana composedly gives her best during this week.