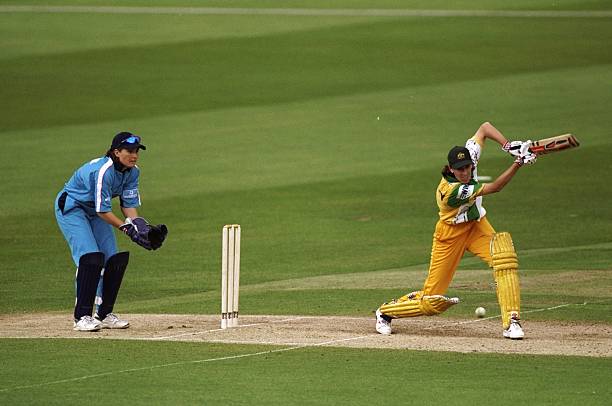 Born in New South Wales, Lisa Keightley began training at the age of seven. She soon became a part of her school team and went on to play in the junior teams before making it to the senior national team in 1995.

She debuted against New Zealand in the New Zealand Women’s Centenary Tournament which also featured India. Keightley had 42 against India in one of the group fixtures, but Australia did not make it to the final of the Tournament.

While she was among the runs in the following years, 1998 was her biggest year. In three Tests she played, she had 239 runs, and in 8 ODIs, she had 263 runs. Most importantly in 1998, she became the first woman to score an ODI ton at the Lord’s.

After having a calm year, she found her form and had an excellent 2000 and 2001. She played 19 matches and scored 861 runs. Also, in the 2000 World Cup (which Australia lost in the final over against New Zealand), she finishes 2nd with 373 runs, had four fifties in 8 innings. She called it a day after a poor 2002 season only to come back a year later.

She played in the 2005 World Cup and ended her career after 2005 Ashes. Australia lost the Test series 0-1(England’s 1st Test win against Australia in 42 years). However, they made up with ODI series win. Keightley won the player of the series award for scoring 316 runs in 5 innings. She had five consecutive fifties!
After her retirement, she became the first full-time coach of NSW, then became the first woman appointed as coach by the national team. Years later, she currently is the first full-time female head coach of the England women’s team.

Musical tribute to Sushant Singh by AR Rahman and others

MS Dhoni could face probe in the Amrapali scam