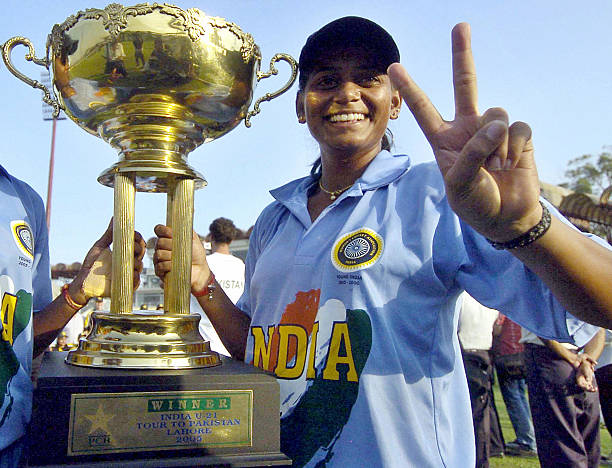 India’s Karuna Jain is probably one of the best keepers I’ve seen after Anju Jain. She has 58 dismissals from 42 ODI matches, third best for India.

Coming from a family that played different sports, Karu was into skating and had played in national level when she was young. Her brother who was a league cricketer introduced the game to her.

She began as a bowler but when her national team needed a keeper she became one. She also began to open the innings.

She had to pick between Railways and Air India. She chose the latter and represented them in the domestic level.

Soon, in 2004, she made her debut against West Indies and had an unbeaten 68. She shared an excellent partnership with Mithali Raj who was the player of the match for her 88.

In the ODI series, India came from behind to win it 4-1.

After that hundred, she went on to score two consecutive fifties against Sri Lanka.

She was a regular till 2006 but then ran out of form later that year and a few months later she made a good comeback by scoring 3 fifties in 7 innings.

After 2008, she did not play an international match till 2013 World Cup where she played in the middle-order.

She was the vice-captain in India’s famous Test win against the hosts England in 2014. India did not play a Test again.

In her long career, she represented India in WCs, she is only the second wicket keeper to score a ton. She has 3rd most dismissals as a keeper for India in women’s ODIs.