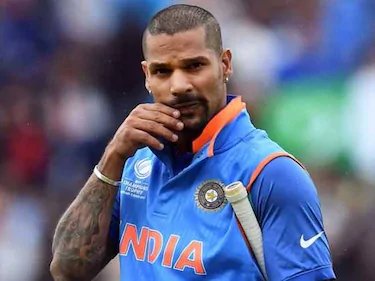 The Indian opener Shikhar Dhawan is ruled out for three weeks due to the thumb injury.

He had been hit on his left thumb during India’s match against defending champions Australia at The Oval on Sunday. Though he continued to play on Sunday, the scans revealed that he has picked up a fracture.

Shikhar Dhawan will therefore not be able to play India’s upcoming matches against New Zealand, Pakistan, Afghanistan, West Indies and England – all these matches are scheduled to be played in June.

Now, it will be interesting to see how the Indian management goes about it.

KL Rahul might be pushed to open the innings with Rohit Sharma and Dinesh Karthik or Vijay Shankar might fill in the number four spot.

India might opt for a replacement as well and most likely it will either be Shreyas Iyer or Rishabh Pant.

Still, this is a huge blow for India who are the hot favourites for the World Cup.