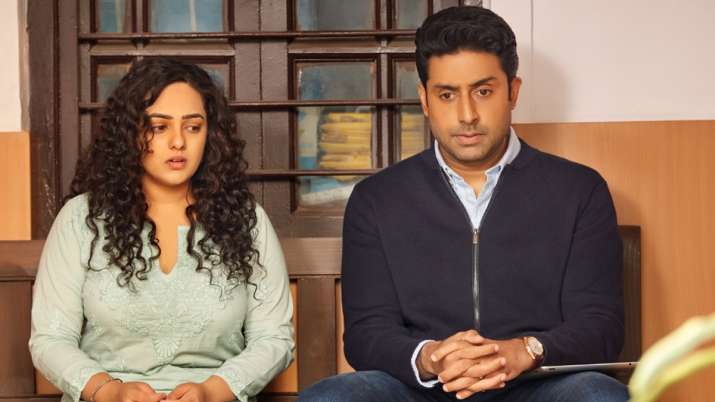 Breathe season 1, an amazon prime original series, created quite a stir among the Indian OTT series last year and widely recognized for its meticulous storytelling structure.

Actor Madhavan stepped into the new booming OTT environment. He became an undeniable pioneer for other leading actors to follow his steps into this flourishing new thing in India. Mayank Sharma joins to do the new renewed season Breathe: Into the Shadows, starring Abhishek A. Bachchan, Nithya Menen, Amit Sadh, Saiyami Kher.

An uninterested 12 part series revolves around Avinash, Abha and their 6 YO daughter Siya. Avinash, a psychiatrist, is put in a position to play with the minds of the people who he has met at some point in his life. A kidnapper gets hold of his daughter Siya and pursues him into killing certain people for it’s the only way Avi gets his daughter back. Breathe: Into the shadows season 1 has a solid pilot episode to create the curiosity that’s needed to a thrilling plot like this. But It declines in its attempt to tick all the checkboxes for a psycho-thriller but misses to invest itself in any kind of emotional connection.

There is a potential heartbreaking backstory but that’s only there for the sake of it. It doesn’t fulfill its potential. The series strongly lacks the aspiration to become anything other than a mediocre, illogical story. It keenly focuses only on its strength not to make any compromise to its technicality.

Like it never fails to feed us with information about who is Jay and who is Avi. But it falls short and curbs around the importance of letting the spectators to find it on their own. It loses its grip when its focus shifts on that part. The actions and the consequences are sadly staged in a very predictable way, like they are just waiting to happen. And that doesn’t allow the viewers to do any hard work of figuring out themselves. It doesn’t even try to sympathise with the hostage, the 6 YO diabetic child, Siya. It seems like she is better off in her capturer’s place because her mother Abha makes ‘all’ the desserts in the world and waits for her diabetic daughter to come back to her. The makers might argue that we should see the love of the mother not the logics but I want to see some logic here.

The narration completely shifts from getting hold of their lost child to parents-turned-serial killers overnight, because they say, ‘love’ is the reason. Breathe season one had the similar trope. But it dealt with all the logics, the conflicts and the much needed tension in such storytelling. Into the shadows has all the potential to become edgy and to shock but it refuses to do that. It plays safe bet, stays in its comfort zone and parrots all the needed elements without adding an emotional ingredient. Playing mind games sounds awesome but the execution is very frail and boring.

The women in Breathe: Into the Shadows shines radiantly through the writing. I would like to brush aside the mistakes in its logical making and give kudos to the women who give life to the characters on the papers but criminally underused. Nithya Menen, Shruthi Bapna as Natasha, Plabitha Borthakur as Meghna and Saiyami Kher as Shirley. There is a women cop who gives a shady vibe but it wasn’t much explored.

Nithya as a loving, stubborn mother has done a great job as Abha. Meghna, who bears the misfortunes of Amit and is paralysed, seems too chirpy to be true. And yet She is vibrant and underused just as same as Shirley. It’s difficult to read into Abhishek’s face and his mind to be able to communicate with him emotionally. Amit plays the good cop and have very less to offer here. There is unfortunately nothing much left in the series to haunt after a watch as it’s pioneer Madhavan starrer season did.

Trailer of Laxmmi Bomb is here!

Keerthy Suresh on nepotism: At the end, nothing but talent survives