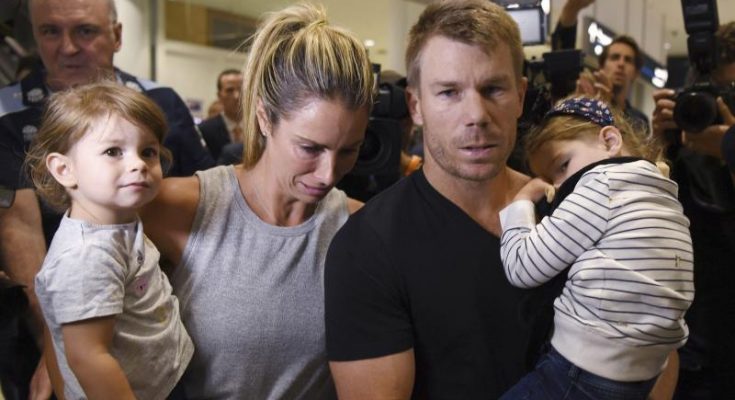 The former ironwoman who is married to the Australian cricketer David Warner suffered two miscarriages during the ball-tampering ban.

Candice and David Warner who are pregnant with their third child had to go through a lot of trolls, abuses from the public during the ball-tampering ban and it took a toll on the health of Candice. As a result of the stress, she suffered two miscarriages.

“Yeah definitely (it has been a sign of how life changes). It was unfortunate we had two miscarriages during that time and we would have had one (baby) before this but that’s just what happens and I’m looking forward to obviously the baby coming out and then still concentrating on cricket. That’s my first priority once that’s done.

We’re just grateful to have two healthy little girls, Indi Rae (4 years old) and Ivy Mae (2 years old), at the moment and hopefully that third one on Sunday so I’m really anticipating it,” Warner said as per a report in news.com.au.

Earlier, Warner who is the leading run-scorer at the World Cup 2019, paid tribute to his “Rock” after his ton against Pakistan.

He said that she was responsible for dragging him through the other side. While Warner’s thoughts are with the family right now, Candice wants him to put cricket as his top priority saying that she doesn’t want anything to get in the way of his pursuit of second straight World Cup win.

“I’m very excited, I can’t wait (for the birth),” Warner told reporters. “I think it’s a bit of a relief for the wife actually. It’s been a long time obviously. Last couple of days have been a bit tiring for her but we’re excited as a family.

“I just love being a father. I’ve got a great, supportive wife, a great family base at home as well. We’ve got great support around us, the guys here have been fantastic, they’ve really got around me at this important time for my family.

“But my wife, as selfless as she is, cricket’s the priority and winning games for Australia and that’s what we’re trying to do.”