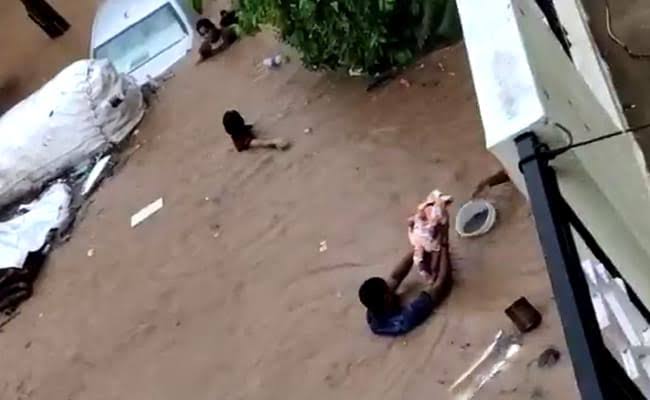 A video of a few men saving the live of newlyborn from the flooded streets of Bengaluru is currently winning the internet.

The video is claimed to be of Hosakerehalli area on Bengaluru’s outskirts. It shows a man carrying a 15-day-old baby above his head in shoulder-high water and handing the child to a woman. After saving the kid, the men goes on to help other families.

According to the Indian Meteorological Department, the city is expected to “receive light to moderate spells of rain with intermittent heavy spells of rainfall” in and around Bengaluru today.