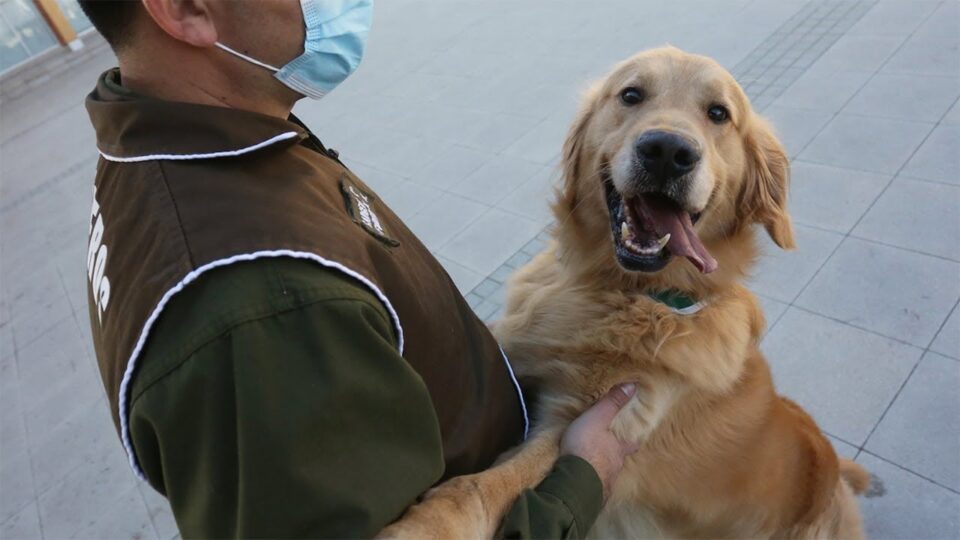 In the UK, the officials are already conducting a similar trail and the result so far is encouraging.

Sniffer dogs are best-known for detecting drugs, explosives and people but have also previously been trained to detect other diseases including malaria, cancer and Parkinson`s disease.

Four dogs have been selected for the initial training, a mix of labradors and golden retrievers who sport green “biodetector” jackets for their task. They are being trained at the Chilean Carabineros´ specialist training base in the capital Santiago.

Lieutenant Colonel Cristian Acevedo Yanez, director of the police specialty training school said that the dogs could come in handy as Chile is slowly reopening the public places.

“The role of police is to strengthen our detection abilities in this `new normal`,” he said. “The idea is that our dogs would be in busy places such as schools, bus terminals and airports, and could detect people at an early stage of the disease to be able to isolate them and perform the appropriate PCR test, avoiding mass contagions,” he said.

“Essentially what these dogs, four at first, and their guides, will do is save lives.”