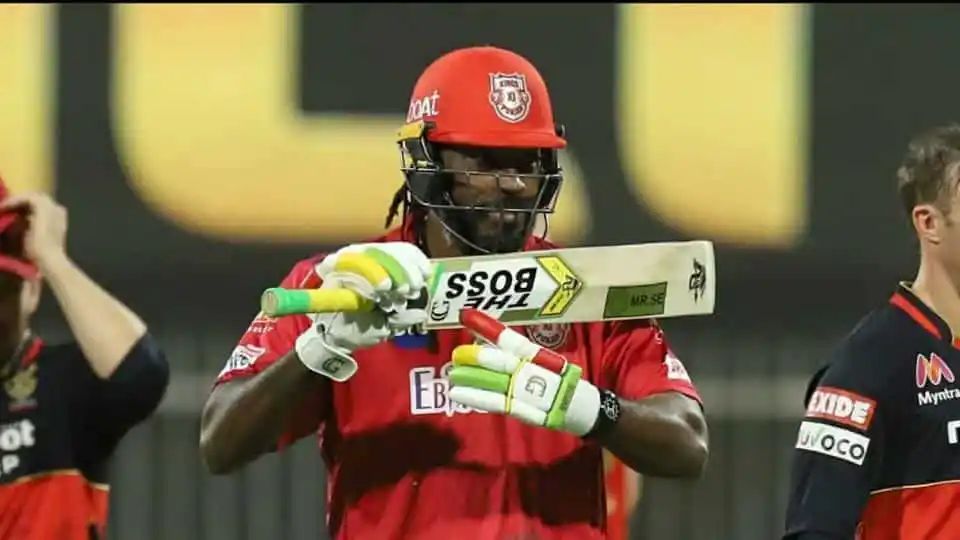 Chris Gayle made his debut in IPL 2020 against Royal Challengers Bangalore on Thursday.

He came in and capitalized on the starts provided by KL Rahul and Mayank Agarwal. He ended up scoring 53 from 45 deliveries.

After scoring fifty, Gayle pointed to the sign “The Boss” on his bat.

‘It was a very sticky surface, very slow, but it was better batting second. Team asked me to do a job at 3 and it wasn’t an issue. Openers been batting well throughout the tournament and we didn’t want to disturb that. Like I said, I was given a job and took it,’ Gayle said on why he came to bat at no. 3.

‘All I was saying, put some respect on the name [by pointing to his bat sticker]. That’s all,’ he further added.

Speaking on his fitness, Gayle said: I thought it was important to keep fit, I don’t like being on the bench but I was enjoying it and apart from the sickness I have been getting fitter,’ he added.

WI vs SL- Pollard smashes six sixes in an over