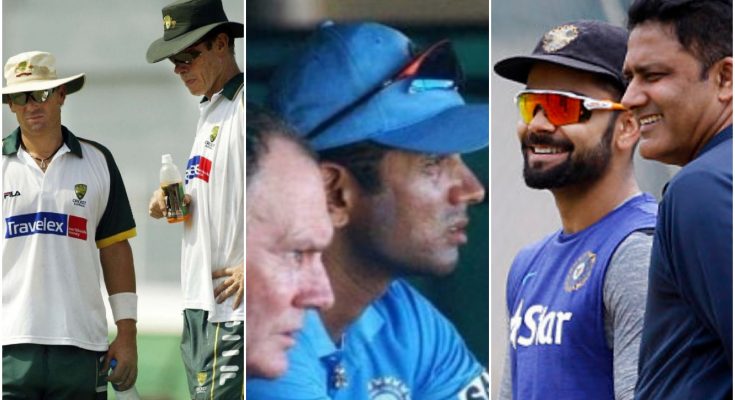 Shane Warne was asked “If you had to have dinner with one of them, who would you chose-John Buchanan and Steve Waugh?”, in a recent interview. Any guesses what his answer was? It was neither of them.

It was amazing how they worked together despite their differences. And it was during their tenure, Australia was invincible around the world. Steve Waugh despite being captain for so long, couldn’t maintain a good relationship with his premiere spinner. We have heard stories that Gilchrist and Warne never looked at each other in the eye.

John Buchanan took over Australia in 1999. He was in the reign until their World Cup win in 2007. To coach a team for eight years despite having differences with a senior player is one thing. To bring the best out of that player and be as successful as that team is an entirely different thing. Micheal Hussey said that John used their feud as a tactic to motivate Warne, as the latter tried to prove John wrong on the field.

Gilchrist and Warne never got along as best mates. Yet, they were able to put aside their differences and contribute to the team’s success. Same was the case with Steve and Warne. Things were never the same after Steve dropped Warne in the Carribean tour in 1999. It is something that Australian cricket has always embraced. To put aside personal differences and work towards the common goal by utilizing every individual’s professional strengths.

As a fan of Indian cricket, I always envied that character. We were never able to replicate something similar in our system. Be it, Greg Chappell or Anil Kumble it doesn’t matter what they were trying to bring to the table. Whenever the players had a difference, the coach had to go irrespective of the results.

I have always felt Greg was the right man at the wrong time for Indian cricket. There is a reason why I say this. MS Dhoni-one of the greatest captains India ever had, never spoke ill off Greg. At least he hasn’t so far. Same was the case with Rahul Dravid, arguably presumed as one of the nicest guys ever played for India.

The only comment Rahul made was that John Wright adapted better than Greg. Chappell wanted to revamp the entire system of Indian cricket. The method he used though had a lot of flaws. Maybe Dravid saw the larger picture of what is bound to happen in the future. He wanted to implement that change.

It was also in his period India became a better chasing team under Dravid. They had 16 consecutive wins while chasing in One Day Internationals. Greg’s emphasis on fitness, fielding standards, and fast bowling all-rounders didn’t go down well with the senior pro’s then.

Let’s reciprocate that with what has happened in recent years in Indian cricket. The emphasis on fitness, yoyo tests, and fast bowling all-rounders are put into practice by the current captain. Greg wanted to implement those things a decade ago and we weren’t ready to adapt then. T20 cricket and Indian Premier League has changed the way we looked at things. We implemented those things that Greg brought to us earlier.

As far as Anil Kumble is concerned, the story is there for everybody to see. Nobody would have expected someone like Anil to have a feud with Virat Kohli. And the way the episode panned out was unfortunate.

Anil Kumble is a man of integrity. He would be the second last person in Indian cricket to get involved in such controversies. The last person was Rahul Dravid. I hope he never gets to coach the senior team so that he wouldn’t have to face all this.

There is another important story about Anil Kumble’s insistence on video analysis and trying to improve based on that. This didn’t seem to go well among the senior players in the team. We are already late into video analysis. It was the first thing that John Buchanan brought to the table in the Australian dressing room back in 1999.

Four years down the lane our captain and senior players might be emphasizing on analyzing performances based on recorded videos. They will rave about how it helped them to improve massively. After all, we always seem to learn slower than the rest of the world.

And it seems that we cannot agree to disagree and work towards a common goal. Especially in Indian cricket, it doesn’t seem to work. India is looking for a new coach now and the selection process is already underway. It will be interesting to see what they look for in the candidates.

BCCI has shortlisted six candidates for the post of Head coach. Ravi Shastri, Tom Moody, Robin Singh, Mike Hesson, Lalchand Rajput, and Phil Simmons. There are two reasons why I hope they let go of Ravi and hire someone new.

Hopefully, we will have a new coach and the captain and coach will be able to work towards the team’s success irrespective of their differences. Agreeing to disagree. Sounds easy, doesn’ it?