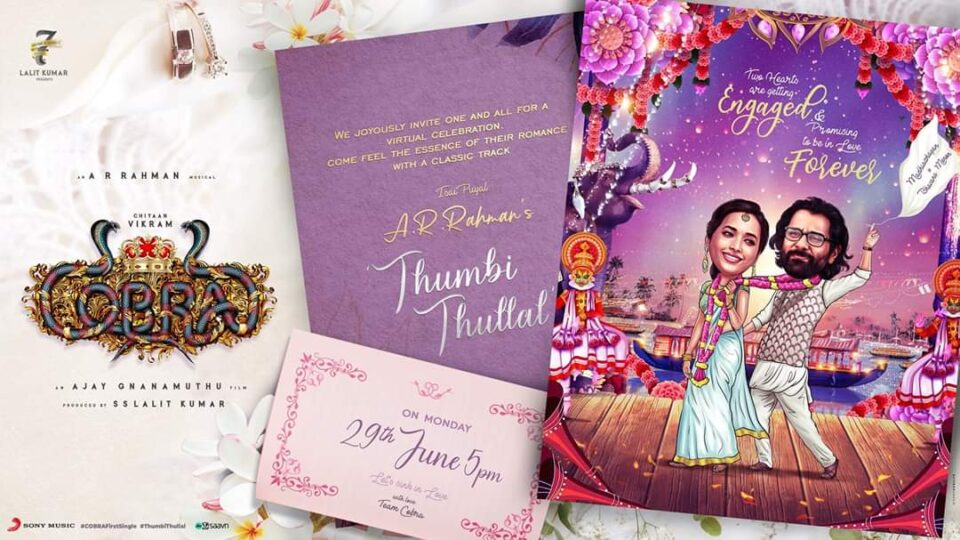 Touted to be a spy thriller, the movie went on floors in November 2019. KGF fame Srinidhi Shetty will be seen romancing the actor in Cobra, which has Teejay, Anandraj, Mirnalini Ravi, KS Ravikumar, Babu Antony, Padmapriya and Mamukkoya in pivotal roles.