A Public Interest Litigation (PIL) was filed in the Madras High Court on Tuesday, seeking a cancellation of the Indian Premier League’s 13th edition due to the coronavirus outbreak in India.

The PIL, filed by advocate G Alex Benziger, is likely to come up before a division bench comprising Justices MM Sundresh and Krishnan Ramaswamy on March 12.

The petitioner said: As on date, as per the website of the World Health Organisation, there was no specific medicine or to prevent or to treat the COVID-19.

He also added that he wrote to BCCI regarding the Corona outbreak and since there is no response, he is moving to the court.

This comes days after Maharastra’s Health Minister announcement regarding postponement of the tournament due to increasing number of cases.

Meanwhile, Karnataka has written to the Centre asking for advice during the IPL.

“I have written to the Centre saying there are IPL matches scheduled to be held in Karnataka, and that Maharashtra has already taken a decision in this regard. We have asked for the Centre’s guidance on what action we should take,” Karnataka Medical Education Minister K. Sudhakar said.

The cash-rich T20 tournament is scheduled to be held between March 29 and May 24. 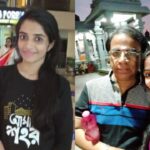 I want to make people aware of Lupus: Sangeetha | My Story 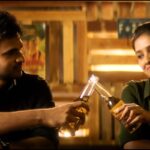