Recently, Mylab Discovery of Pune became the first Indian firm to get full approval to make and sell testing kits. On Thursday, these testing kits manufactured in India reached the market.

This new kit can test the patient and give away the result within two and a half hours. While the normal tests used by India so far took six to seven hours to get the result. So, this kit certainly will reduce the time taken which means doctors can test more people. Considering the fact that India is testing only a few people compared to its population, this kit is a huge boost.

Well, none of this would be possible without the efforts of Virologist Minal Dakhave Bhosale.

Bhosale headed the team which was tasked with designing Patho Detect- the coronavirus testing kit. The team managed to deliver the kit in six weeks, ahead of the estimated three to four months.

“If you carry out 10 tests on the same sample, all 10 results should be same,” said Bhosale, adding, “And we achieved that. Our kit was perfect.”

To add more challenge to the team which was already working against the time, Bhosale was pregnant while she took up the assignment.

She submitted the project to National Institute of Virology (NIV) on 18 March then she submitted the proposal to the Indian FDA and the drugs control authority CDSCO for commercial approval. An hour later, she was admitted at the hospital for C-section and delivered a daughter.
It was an emergency, so I took this on as a challenge. I have to serve my nation,” says Bhosale.

As per the Indian Council for Medical Research (ICMR), Mylab is the only Indian company to have achieved 100 per cent results. 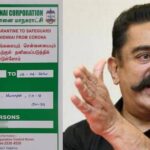 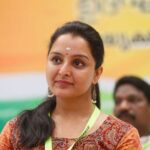