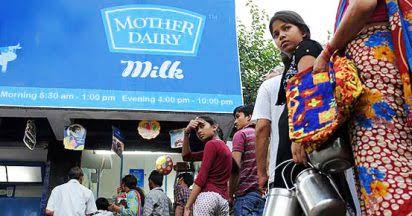 In order to avoid massive people gathering, from Friday onwards, milk will be sold in selected retailers shop from 3.30 am to 9 am, Milk Dealers Welfare Association official said.

“Private milk sachets and Aavin will be sold only in over 10,000 retail shops owned by milk dealers in the city”, said S A Ponnusamy, state president, Tamil Nadu Milk Dealers Welfare Association.

“From Friday we will not distribute milk to about 50,000 small retail shops across the city and it will only be sold at retail bunks owned by dealers,” added Ponnusamy.

The actual production of milk has been reduced due to the coronavirus outbreak and however, many tea shops are closed now.

As per the Government rules, only shops that sell essentials shall run during the shutdown. However, there are a few tea shops that are running because they sell milk.

Recently, Government locked up a few such shops because of the gathering before the shop. Government also warned the people to stay inside the house during this difficult time.

“Many small retail shops which sell cigarettes and other junk items opened under guise of selling milk. As a result, action is being taken against the retail shoppers”, said a police official.

JEE and NEET entrance exams to be scheduled in July 2020