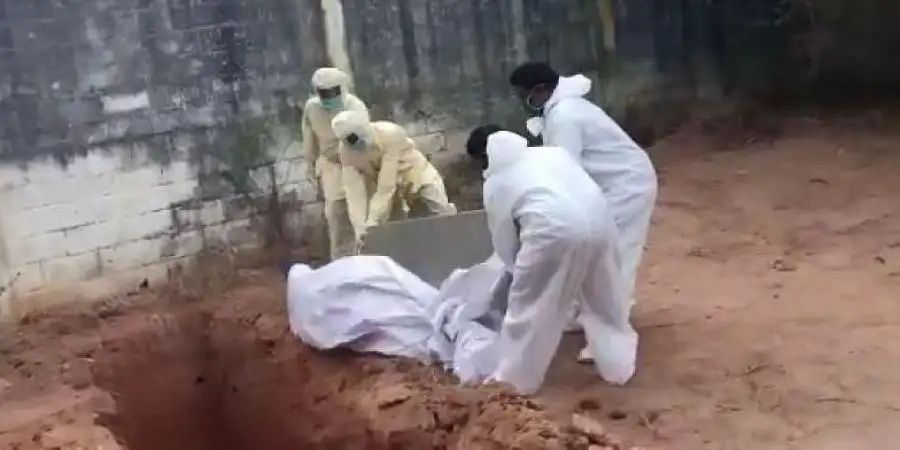 The fear of spread of Coronavirus resulted in undignified burial of a man from Chennai in Puducherry as no relatives turned up for the ceremony. The panchayat then took care of the burial of the man.

According to sources, the 40+ years old man was from Thousand Lights, had come to Puducherry in a cab to see his wife in his in-laws’ house. His wife, who is from Gopalankadai in Villianur Commune in Puducherry, got stranded with her child in her parental home due to lockdown for the past two months. After reaching his father in law’s house, he developed chest pain, following which he was rushed to Indira Gandhi Government General Hospital and Post Graduate Institute (IGGGHPGI).

He was declared brought dead and subsequently found to be COVID-19 positive. His family did not wish to participate in the funeral. Later, the body was taken to Gopalamkadai burial ground by ambulance with health, police and revenue officials and handed over to Villianur Commune panchayat officials.

He was dumped in a pit and the officials was seen wearing PPEs.

The video of the same is going viral on social media.

Suddenly everything to nowhere: Unmukt Chand after axed from IPL, India A, Delhi teams