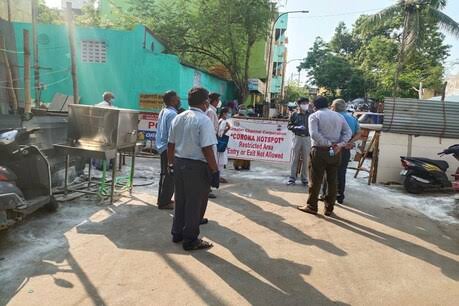 Coronavirus is spreading rapidly in Tamil Nadu with Chennai reporting the major number of cases.

It looks like more than 40 positive cases belongs to a street in Triplicane.

Residents of VR Pillai Street were found positive one after the other as corporation officials discovered that two men who both tested positive had distributed tea, coffee and snacks to many of them.

The two men, 35 and 49 are related and are also the residents of VR Pillai Street. The men said that they were moving around a bit and the officials are tracing their contacts.

The street falls under Tenampet zone.