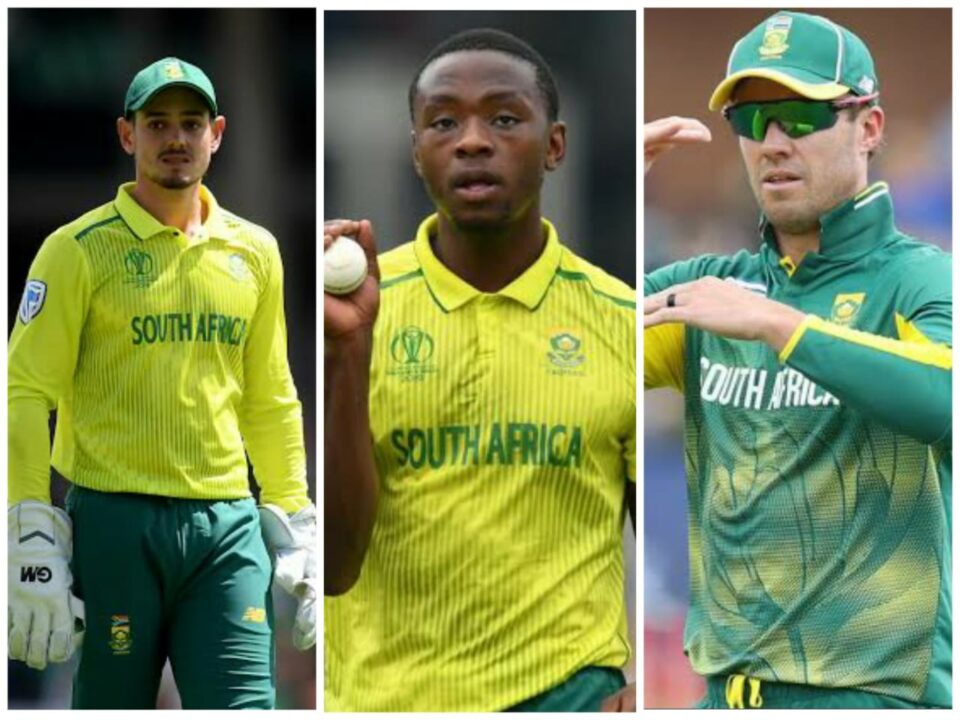 Cricket South Africa has decided to play an exhibition match in an unique format with three teams playing together in a single match to raise funds for the Coronavirus relief measure.

The exhibition match, that would have three teams of eight players captained by KG Rabada, AB de Villiers and Quinton de Kock, is scheduled to be played on June 27, at the Supersport park in Centurion.

The match is called 3TC( 3 Team Cricket) and would be player over a period of 36 overs in two halves with each team batting for 12 overs and the other two would bowl six overs each against them. The trophy the match is played for is called Solidarity Cup.

This is a never known before format where a match involves three teams at the same time. A unique set of rules have been fixed for the match.

– The match would be played between three teams of eight players each, over 36 overs in two halves, with a break in the middle.

– A team would bat for 12 overs, split between two 6-over periods. They would face one opponent in the first half and the other in the second.

– Each bowling team has one new ball for their full quota of overs which would used against both the opponent. A bowler can bowl a maximum of three overs. If an over is uncompleted due to the fall of the 7th wicket, it would be deemed to be completed with dot balls.

– The team with most runs would win Gold, followed by Silver and Bronze. If two teams tie with most runs, super overs would decide Gold; if all three teams tie, all get Gold; and, in a tie for second, Silver would be shared.

CSA’s chief medical officer, Dr Shuaib Manjra had said the match would be played in an empty stadium and all safety measures would be put in place.

“The players will get in three days before and be kept in a sanitised eco-system… In the stadium, everyone will wear masks and doors will be kept open along with other safety measures,” he said.

Watto- What’s up and What’s not

SRH vs MI- SRH win by 10 wickets, qualify for play-offs

ICC to use no-ball technology for Women’s T20I World Cup!