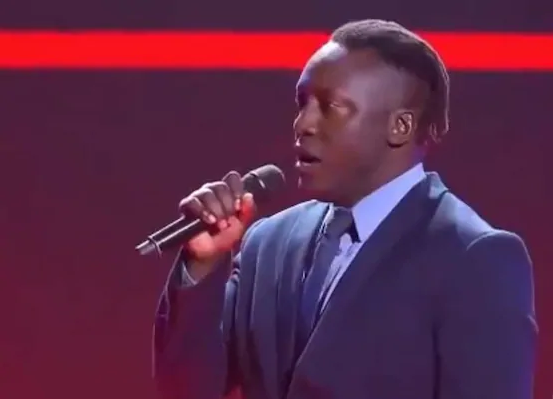 No cricket fans, especially the Indian fans would forget the Zimbabwe cricketer Henry Olonga for the battle he had with the batting legend, Sachin Tendulkar.

He made heads turn with his performance at Sharjah where he first dismissed the master blaster cheaply and faced the wrath in the next match.

The pacer was last seen in the 2003 World Cup after which he was forced to retire from the international cricket due to the internal politics. Also, the death threat forced the cricketer to flee the country.

Now, The Zimbabwe cricketer appeared on the singing talent show called ‘ The Voice Australia’ and through his rendition of the song “This is the moment” by Anthony Warlow blew away the judges of the show and fans.

“I’ve been singing a lot of music since I retired from my previous career. I just wanna sing now. Just sing,” said Henry Olonga.

In a teaser for his blind audition, Henry Olonga spoke up about how his decision to wear a black armband in protest to “mourn the death of democracy in Zimbabwe” ended up costing his career.

“I grew up in a country called Zimbabwe. A lot of terrible things had happened in Zimbabwe, human right abuses when a man called Robert Mugabe came to the helm. This led to myself and Andy Flower to do a protest at the World Cup 2003. We wore black armbands as symbols of mourning the death of democracy. I lost my career and I then got exiled after receiving death threats in Zimbabwe. I finally settled in the UK for 12 years before coming to Australia,” said Henry Olonga in ‘The Voice Australia’ teaser.

Olonga also featured in the 1999 World Cup where he stunned India by picking up three wickets and helping the team to win by three runs when India was needing nine runs to win the match.