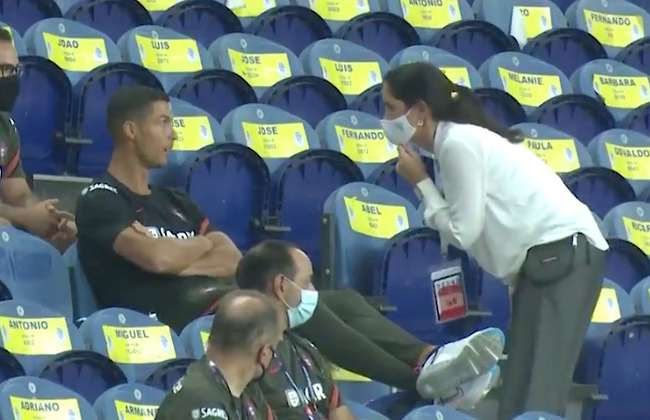 The Portugal superstar Cristiano Ronaldo was asked to wear a mask during Portugal’s clash against Croatia.

Ruled out of the game against Croatia with a toe infection that has been likened to a bee sting, Ronaldo was forced to sit in the stands as he saw his nation claim a convincing 4-1 victory.

During the match, Ronaldo was seen without a mask and an official walked to him and reminded him to wear one.

Ronaldo immediately obeyed the instructions and continued watching the game. Other spectators were already wearing their masks or PPE.

Talking about the match, the goals from Cancelo, Diogo Jota, Nuno Sequeira and Andre Silva helped Portugal to win the match.

Portugal are looking to defend their Nations League title after winning the inaugural edition last year when they defeated the Netherlands 1-0 in the final.

Nasa confirms that Vikram Lander had hard landing on moon