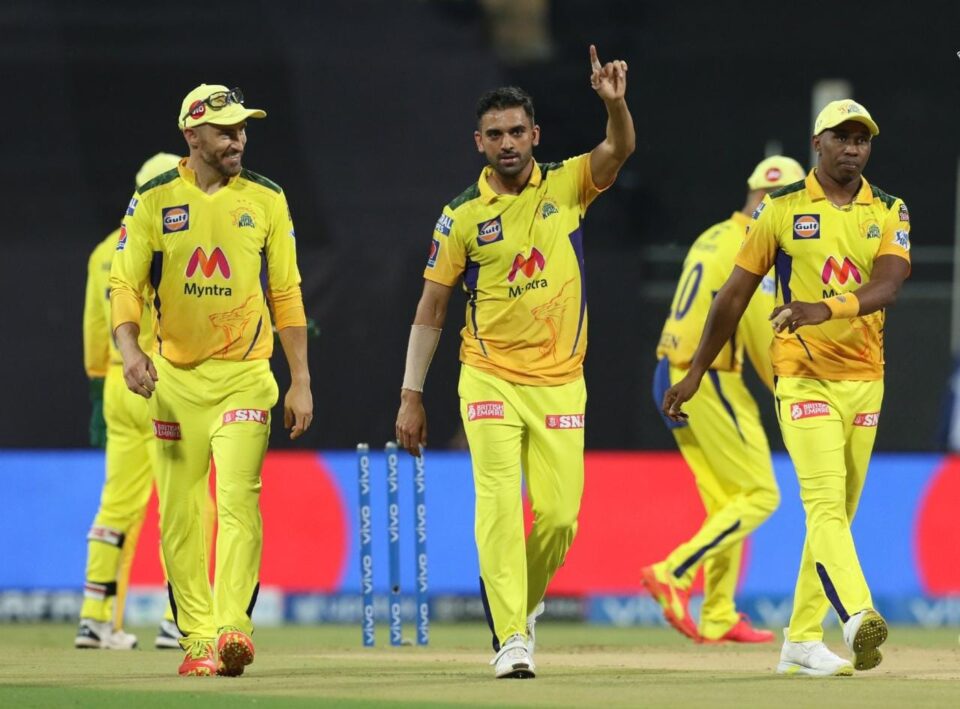 Chennai Super Kings bounced back stronger on Friday against Punjab Kings to win their first game of IPL 2021.

Chennai was beaten up very badly by Delhi in their first outing, thanks to Delhi openers. In the first match, CSK bowlers were everywhere and that did let them down after fighting hard to get to a decent total at Wankhede.

On Friday, the bowlers had done well to come back stronger, especially, Deepak Chahar.

Bowling first, Chahar was spot on, removed four of the five top order batters of Punjab. Rahul, on the other hand, was taken down by Jadeja’s rocket-arm.

The team found themselves at 27 for 5. Jhye Richardson and Shahrukh Khan slowly built the innings and after Richardson’s dismissal, Khan made sure to add 47 from 36 deliveries and dragged Punjab to 106.

In return, Punjab Kings tried harder, with Shami bowling well in his spell, gave only six but the team needed wickets, something they couldn’t find anywhere.

Ruturaj Gaikwad, who was struggling right from ball one, got out to Arshdeep Singh but Moeen Ali and Faf du Plessis took their time, sent poor deliveries away and that was enough for them to get closer to the total. Ali had 46 from 32 and when he was dismissed, Raina struggled to time the ball and got out for just 8 runs. Rayudu followed in the next delivery. However, there wasn’t much on board for Punjab to get back into the team.

In the end, Faf du Plessis anf Sam Curran ended the innings for the team, took them home in 16th over.

This is an important win for CSK not only for the points but also for the net run-rate as they were at the bottom of the table before this contest.

With this match, Sunrisers Hyderabad is the only team who are yet to open their account in this tournament.

CSK: Bravo out for two weeks due to hamstring injury