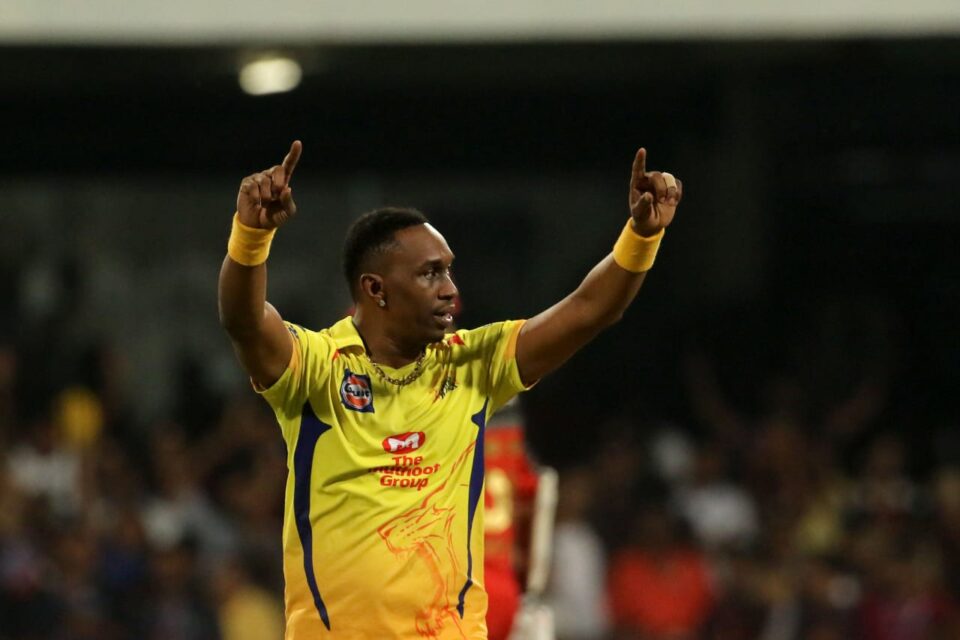 Chennai Super Kings all-rounder Dwayne Bravo to miss the remaining of the tournament due to groin injury.

Bravo picked up the injury during Chennai’s match against Delhi which the latter won in the final over.

Bravo will be flying back home, according to the reports.

The West Indies all-rounder missed the initial matches of the tournament due to knee injury he picked up during the Caribbean Premier League.

Bravo then went on to feature in six matches and ended with an economy rate of 8.57 and did not bat in most of the matches.

This is a big blow for Chennai Super Kings who are currently without the services of Suresh Raina and Harbhajan Singh.