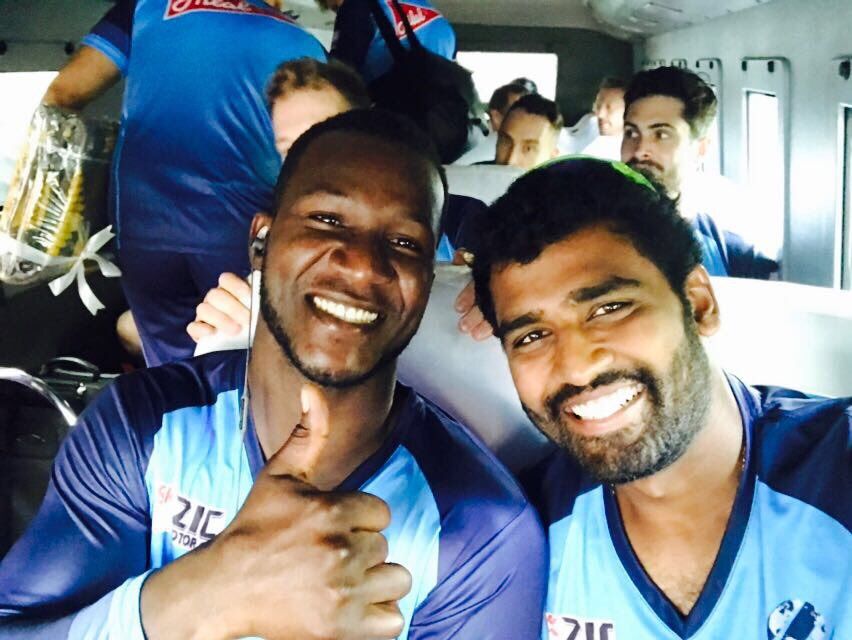 Darren Sammy, the former West Indian captain, took it to Instagram to react on how he was called ‘Kallu’, a term that refers to black people, during his tenure with Sun Risers Hyderabad during the Indian Premier League.

In the recent episode of “Patriot Act’, Hasan Minaj had talked about the normalised racism that exists among the South-Asian communities. In that video, he explains how black people are discriminated in India, Pakistan, Bangladesh and Sri Lanka (watch from 6.00), and called ‘Kaala’ or ‘Kallu’ that roughly translates to being black.

Quoting that video, Sammy posted an Instagram story, where he tagged the Sri Lankan cricketer Thisara Perera and wrote, “Oh, that’s what it meant when they called me and Perera that when we played for Sun Risers (Hyderabad). I just thought they were calling me a strong black man. I’m piss(ed) now.”

He followed it up with a story that read,” I just learnt what ‘Kalu’ meant. When I played for Sun Risers Hyderabad, they called me and (Thisara) Perera by that name. I thought it meant ‘Strong Stallion’. My previous post tells me something different, and I’m angry.”

The outrage and protests against racism are happening all over the world after the tragic murder of George Floyd, an African-American, in the United States. Athletes from different sports and countries are speaking in favour of the protests mentioning the incidents where they faced racial discrimination in one way or the other.

While the West Indian cricketers have come out and spoken that cricket is still not free of racism, Abhinav Mukund, an Indian cricketer, had tweeted about how discrimination based on colour was normalised in the country a couple of years ago.