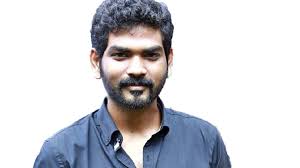 When VIP got released, it went on to shatter all possible records. While Dhanush did super great in the movie, Vignesh Shivn’s tiny role caught my eyes. I had no idea who he was but I could remember him from ‘Love panlama venama’ song from Poda Podi. Lesser did I know that he was the director of the movie. Hey, there is a movie release every single weekend and a director debuts every month. It’s not my fault, right?

After months, there was news about Naanum Rowdy Dhaan movie on papers and that was the time I knew that Vignesh Shivn actually directed the movie Podaa Podi. I was rightly shocked. From then on, I have been following his journey super close.

After years of struggle, Naanum Rowdy Dhaan came out and undoubtedly, it was one of the funniest entertainers I have ever seen. To see legendary villains like Anand Babu playing a role like this definitely stole the show. Possibly he knew what the crowd was expecting. It was an important movie in the career of Nayanthara 2.0 and of course, nobody can make Nayanthara looks better than Vignesh Shivn. Nothing personal here, though it goes well with the personal life too.

Then came Thaana Serntha Kootam. For someone who watched the original version, I didn’t like the movie comparatively then I took off that comparison hat and when I watched it again, the movie looked effective for me. I mean, Suriya can pull off anything and everything, right?

Talking about TSK, the first thing that comes to my mind is ‘Naana Thana’ and ‘Sodakku mela’ song. The lyricist in Vignesh Shivn did make things work for us all. Sodakku Mela still makes me not only to groove but also the words hit me hard. As I look back, almost all of the songs which Vignesh Shivn wrote are the numbers which not only went on to become a hit but also had something to convey. He is trendy and that works out well.

Be it ‘Enga di porandhey’ or ‘Peela Peela’. The songs are certainly great entertainers and refresh us.

While I look forward to his works, I’m pleasantly happy to see him don the producer hat.

Dear Anbana director,
Thank you for a lot of things. Be it personal or professional. What I love about you the most is the way you spread positivity through all the situations and you never failed to speak out your mind. Your journey so far is a mixture of struggles and joys and in every single moment, you did stand out as a beautiful individual. You are an inspiration to many people out there. Most importantly, the way you encourage young filmmakers and how you keep sharing others’ works with utmost happiness. You are a gem.
Of course, we adore your relationship with Nayanthara and how you guys keep it simple and spread love. The way you stood up for Nayanthara when a few issues came recently shows how good you are. Wishing you all the best in everything you do and thanks for being an excellent human being. We love you.

PC Sreeram: Had to reject a film as it had Kangana Ranaut as the lead