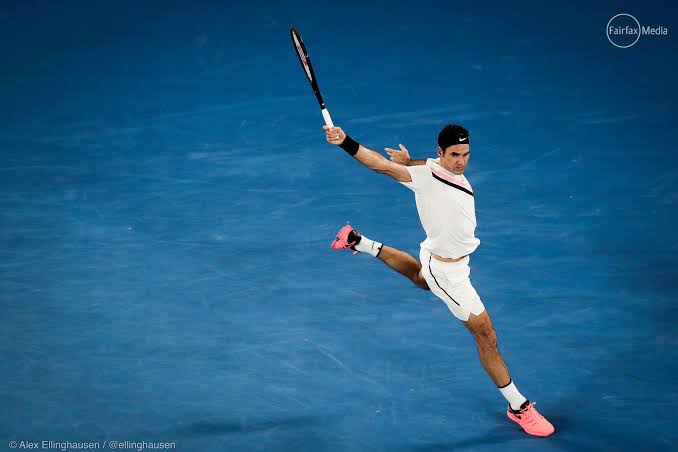 Dear Roger Federer,
I don’t like writing about you. Because I don’t know the right words to describe you or describe the love I have for you.

I’m an introvert and your matches are my therapy, my love and my everything. I cry when you lose, I treat myself when you win, I jump, I shout, I laugh because of you. Things go the other way when you lose. Watching you fail is something I cannot take and nothing kills me more than watching your sad face. Now, don’t get me started about the times you missed match points, championship points and lost the match like real easy.

The emotional roller coaster I experience during your match is just too high. Somedays, I don’t really have an answer why I go through all these when you literally don’t have any clue about my existence.

Oh, if not for you and your matches, I couldn’t have met my two best friends. Now, that’s a lot to ask. You don’t know how grateful I’m for that.

There were times I wanted to kill you for missing an easy shot. It hurts. But what makes me angrier in the way you deal with it. I mean you cannot go on a vacation right next day after losing a Grand Slam. I mean, how can you?

*
I wasn’t even a teen when I saw you first. I was too young to understand the game. I liked you because you seemed different. My family had a Sampras fan in my mother. When you defeated him in Wimbledon for the first time, I knew I found my love. Of course, I wanted to brag about it.

People love winners. People fall for beautiful shot-makers. People fall for good guys. And I saw everything in you. I loved watching you dance with the bat while launching rockets. How can one be this graceful?
Elegance. Beauty. Of course, not for the person who is standing at the other end. Nobody wants to be there. Still, they love to watch you play. Walk around with a win.
*
When Federer was going strong, we needed someone to challenge him, to stretch him. Well. Hello, Nadal.

Nadal has everything that Federer doesn’t and it is vice versa. Nadal entered the stage as someone who should be making Federer better. Nadal should be falling a step closer to Federer but he didn’t.

After his first win, he picked up many more and raced harder in head to heads. 2008 Wimbledon, a painful trip that began the rise of Nadal against Federer. Then we had Federer crying, “God this is killing me”.

I cried that day and I wanted to hug Roger and tell it is going to be fine. And it did a bit. Nadal was supposed to make Federer better. He wasn’t supposed to make him cry. Make him weak. He did. Many times. But Federer found a way to deal with it, at least emotionally.

Federer’s mental health is super strong that he did forget things that happened on court and is a different guy off-court.

Federer’s mental health is a gift. Not everyone has it. Federer, of course, did not have it initially but he learnt to grow with it.

Now, that happened in 2009. Federer was written off that day. And 11 years later, we are still talking about him. Talking about his records and keeping him in the conversation.

Of course, Nadal is going to break him in a year or two. Of course, he might not. The chances of Djokovic beating both the players are high as well and the crown will be taken away from Federer sooner or later. Or it might not.

Federer can win a Grandslam or two, considering, he almost did it last year, he might get out in the first round. Still, there is no good thing that can match the feeling of watching Federer play.

There should be something about him that keeps him going. After all the years of achievement, he still wants to play and still wants to dominate. Nobody knows what is left in him.
*

Nothing kills me than thinking about Federer-less life or un-Federised Tennis. Of course, it is somewhere near, maybe, in a year or two. I haven’t decided what I would be doing without his game or without him in my life.

There are a lot of “mights” and no clear future about anything but right now, he is here. Watching him doing magic with his play is all I need right now. Future is boring. Future isn’t for everyone. This moment. He is here. That is something enough for me to get through the day.

Someday, when I meet him, I will tell him how much he means to me. How he helped me to go with my life. It’s hard but yes, I’ll tell him.