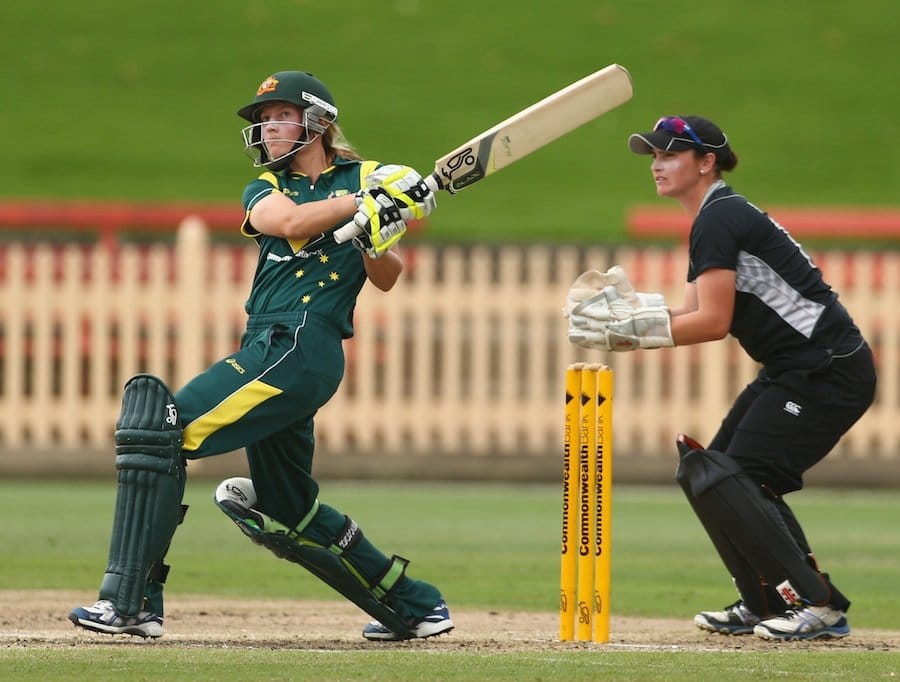 Meg Lanning loves breaking records. It’s bread and butter for her, something she eats for breakfast. It’s more like a daily job rather than just a hobby. Every single time, when she shows up, there is always something she does that would easily steal the spotlight from anyone.

That day was supposed to be Osborne’s. Against a good New Zealand side, she came up with a spell that brought Australia back into the attack. As she ended up with 3 for 32, she had help from Lisa Sthalekar, Ellyse Perry, Sarah Coyte and Jess Jonassen who grabbed a wicket each. From 55 for 1, New Zealand fell for 177.

Australia won the match there. It was a beautiful batting track at North Sydney Oval, Sydney, the day was clear, and everyone knew Meg Lanning isn’t going to leave an opportunity like this to go away. The stage was all set but nobody knew that she would go berserk. It was one such day for her. She was in a good mood, everything she did went for runs.

She found the boundary 18 times and smashed sixes thrice. There was her famous lofted cover drives, her famous cut shots. The best of all was that lofted straight six she smashed right over the head of Sian Ruck. It was more like an insult, a slap. The ball flew away even before Ruck could complete her follow-up after bowling the delivery.

She got to her first fifty in 23 deliveries and went on to complete her century in 45 deliveries. It is still the fastest century by an Australian person be it any format. Four deliveries later, she got out to Nicola Browne but the damage was done already. When Australia scored the winning runs to retain the Rose Bowl trophy, Alyssa Healy stood unbeaten at 62 and was mostly a spectator in the 146-run opening wicket partnership.