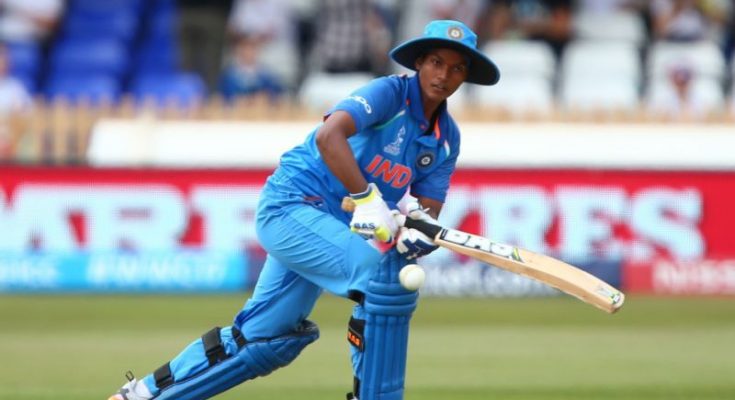 After Smriti Mandana, Harmanpreet Kaur, Jemimah Rodrigues, Deepti Sharma becomes the fourth Indian to play in the Kia Super League. The all-rounder will play for Western Storm, the team that Smriti Mandhana also plays for.

According to ESPN, The Lancashire Thunder also showed interest in picking the 21-year-old, however, Deepti preferred Western Storm. Deepti spoke with the coach Trevor Griffin and Smriti Mandhana and has taken the decision.

“I had a chat with Trevor Griffin via WhatsApp, and then given Smriti had played there last year – that’s also a bit of an assurance, for I know there’s someone I already know and have played with, who knows the group, the coach and the culture,” Deepti, who will be the fourth Indian to feature in the tournament, told ESPNcricinfo. “I am excited and feeling positive because, outside of just the cricket, it’s a big step-up for me because I will be travelling abroad without the Indian team for the first time.”

Deepti also said that she is excited to play alongside Heather Knight and Anya Shrubsole who were the part of the World Cup winning team in 2017.

“I am especially looking forward to playing alongside [Anya] Shrubsole and [Heather] Knight, who, of course, are World Cup winners,” Deepti said. “The last time I played in England, they were my opponents, and part of the side we lost the final to. So, it’s good to have them as team-mates this time around, and I’d love to observe their training methods and work ethic closely.”