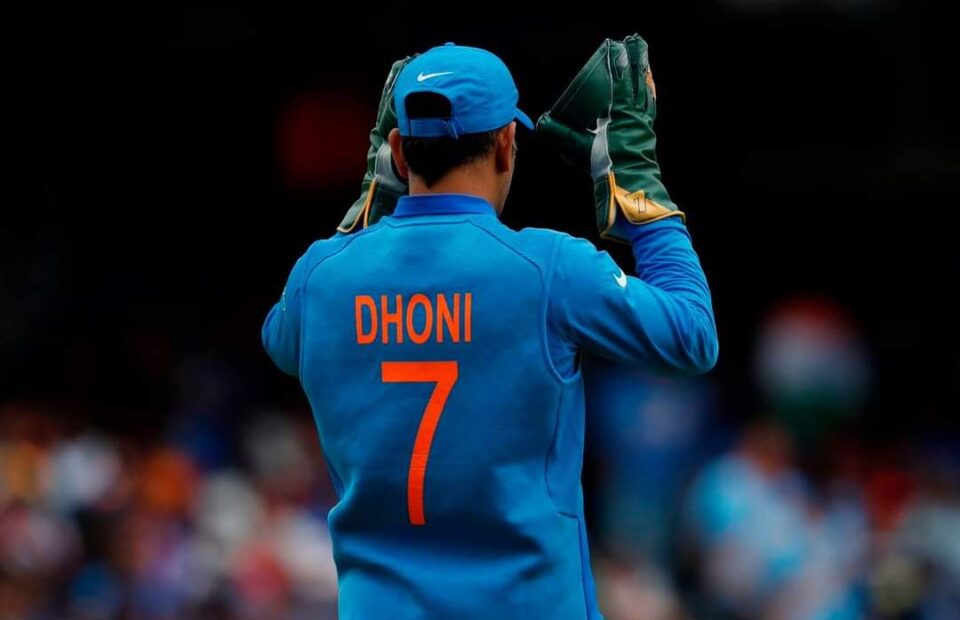 “from 1929 hrs consider me as Retired.”
This is not how you announce your retirement. But Dhoni is a different man. Unique. Simple. Desi. Look at this caption. For someone who literally owns all the bikes in the world, he could’ve hired someone to work on his post, he could’ve come up with different caption too but it’s Dhoni. You know him. He is a weirdo. Still, a genuine individual who keeps things to himself. He keeps everything real.

“from 1929 hrs”. Nobody knows what that meant. He didn’t want you to know. It would have meant something, just like the way he timed his retirement at the end of 73rd year of Independence. It might be the sunset as the franchise mentioned. It might be the World Cup timing as the fan mentioned. Or nothing else. He would have looked at the clock and the time would have been 19 29 at that time. He would have added it. No matter what. Nobody knows. But again, Dhoni doesn’t have to explain himself. And he won’t.

The pictures in the video he shared showed the moments that impacted him. Good. Bad and everything. He accepted them all. Just like the song he picked up for the video, those were all the moments. The song perfectly depicts that nothing really matters. Stay in the moment, enjoy them and you will be gone too. Someday.

Again, he shouldn’t have to do that. He could have given a formal letter to BCCI, he could have kept it quiet, but he didn’t. He wanted to thank his fans. His genuine way of thanking them is the video, perhaps, the lyrics of the video is the farewell speech. It was something he wanted to tell us all. He wanted to share the world what really meant to them and he told us all that it is all moments, something that will be forgotten when someone else comes.

Oh, Dhoni but the way you made us feel will not.

Dhoni redefined hope for us all. Even when India was 29 for 5, we believed that the team would finish well and it did. The team got to 227 that day. Even during his final ODI, he made us all believe. Not many can earn our trust and with Dhoni, we never had a doubt. Perhaps, breaking the million hearts in the final ODI is a way of telling that nobody is perfect in the world and we all going to have our bad days. Sometimes, we have to accept them all and move on.

Despite all the lessons he taught us, his way of switching in and switching off is something else. He has everything under his control and lives life in his own way. Despite being a legend, he still would pull off crazy pranks on his friends, his school mates. He would have won a series but the next day, he would be gone, lost in nature, on the roads. Somedays, he would take a bike to go see Sakshi because he wanted to and would return. There was a time he even tweeted about it. That’s his way of living. There were days he used to colour his hair in orange and suddenly there was a day where he wanted short hair. Nobody gets that and he doesn’t care too. He lives in his own bubble and enjoys the moment.

After becoming a father, his life really did change. It was all about Ziva. Even after winning the IPL, he preferred to play with her, again, because… moments. He was creating them. He always knew what really mattered and he always stayed humble, grounded.

If it was some other day, there would have been thousands of fans, reporters standing outside his house and there will be millions of fans waiting for the man but look what he had done. He entered the bio-secure environment where people will not be allowed. He would have turned his phone off to avoid the calls and he would have smiled, enjoyed the moment and would have spent the time with his team. Nothing much. As simple as that. He doesn’t care what people talk about him. He doesn’t want to know what people had written about him. Oh, he did time his retirement well, didn’t he?