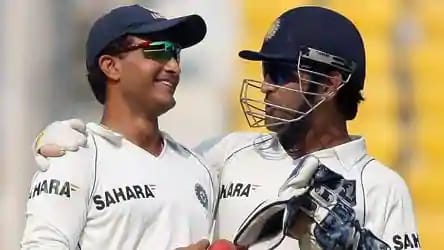 In the interview, Agarwal showed many pictures and took Ganguly through the memory line.

When Agarwal showed a picture from Ganguly’s final Test, he said that the team stood behind him throughout.

“My last Test match in Nagpur. It was the last day, last session. I was walking down the steps at the Vidarbha Stadium. They (my teammates) stood beside me and allowed me to enter the ground,” Ganguly said.

Agarwal then spoke about the gesture of the then captain MS Dhoni handling the captaincy to him during the final moments of his career.

“That (handing over captaincy) was a bit of a surprise. I didn’t expect it. But MS Dhoni being MS Dhoni, he is full of surprises like his captaincy. We were winning the Test match and my mind was on retirement. I don’t know what I did for those 3, 4 overs,” Ganguly said.

It was in 2008 when India took on Australia in Nagpur. Ganguly had announced his retirement earlier and he took the field for one last time. During the last day of the play, the team gathered to give him a guard of honour. And during the final moments of the play where India was about to win the game, Dhoni stepped aside to allow Ganguly to captain the team. The gesture did bring tears to his fans. After the end of the match, the team celebrated Ganguly. An unforgettable moment indeed.

9YO sends ‘happiness’ puzzle to cheer the Queen, receives Thank you note