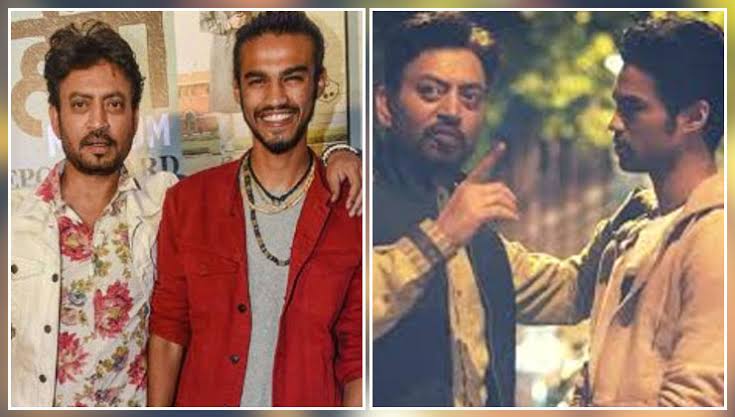 Later actor Irrfan Khan’s son Babil took to social media to write about low-key Eid celebrations and said that he doesn’t want to be treated by his religion but as a human being.

“You want the story in short without any name calling or career ending potentials?: Mandatory holiday for Eid cancelled on Friday while holiday for Raksha Bandhan on Monday still given. Okay then no problem, I’ll just celebrate Eid when it’s not Eid on Saturday most sarcastic smile ever,” he wrote.

Can’t even post anything of how I feel about the people in power without my whole f**king team telling me that it might end my career. Can you believe this? I’m scared, I’m afraid, I don’t want to be. I just want to feel free again. I don’t want to be judged by my religion. I am not my religion, l am a human being, just like the rest of the population of India,” he said.

Irrfan Khan’s son Babil had shared multiple Instagram stories about being judged for his religion. He said his old friends have stopped talking to him due to his surname.

Adding that he loves India a lot, Babil said he would ‘break the nose’ of anyone who calls him ‘anti-national’ for his comments. “First of all, I f**king love India, and I’m telling you this because I do my education in London and every time I go, I can’t wait to come back and take rickshaw rides with my homies, have pani puri at aksa beach, travel anywhere; in the forests, the crowds… I love india. Don’t you dare, call me an anti-nationalist, I promise you, I’m a boxer, I will break your nose,” he wrote.

Babil also shared screenshots of his conversations with his followers on Instagram on the issue. While one person offered him a hug, another thought he was needlessly adding a communal angle to the issue. Babil explained his opinion further, saying his fight is against the brewing hatred among people.

He recently talked about his father’s journey in Bollywood. “My father gave his life trying to elevate the art of acting in the adverse conditions of noughties Bollywood and alas, for almost all of his journey, was defeated at the box office by hunks with six pack abs delivering theatrical one-liners and defying the laws of physics and reality, photoshopped item songs, just blatant sexism and same-old conventional representations of patriarchy (and you must understand, to be defeated at the box office means that majority of the investment in Bollywood would be going to the winners, engulfing us in a vicious circle),” he wrote.

Lockdown: Shobana and her students dance their heart out