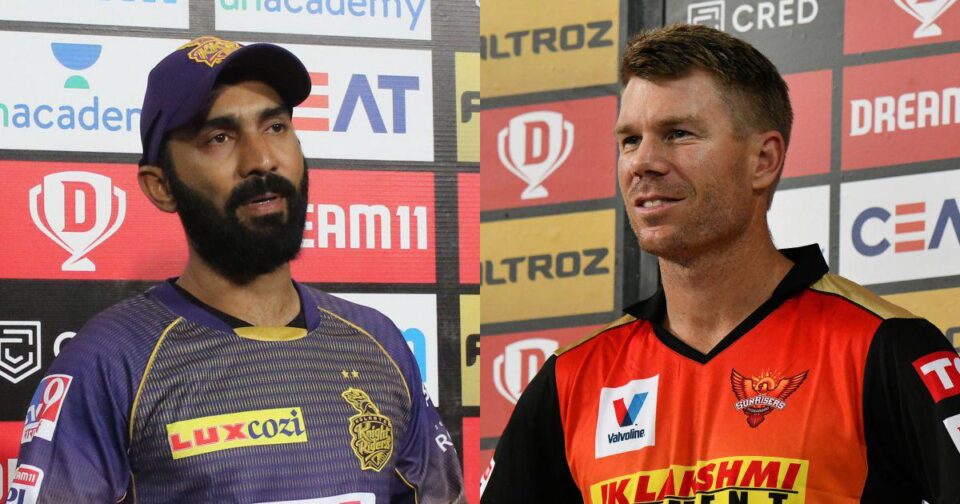 Both KKR and SRH had a poor start to the tournament by losing their first match quite poorly. They are in search of their first win and this match could be a good contest.

David Warner has a pretty good record against KKR. He had 150+ runs at a strike-rate over 160 in his last two games against them.

Jonny Bairstow is in good touch, had fifty in the first match. Sunil Narine, Russell are mandatory picks here. So are Nitish Rana and Dinesh Karthik.

We might see Nabi coming in today as there is no official word for Williamson’s injury which means Manish Pandey holds the key in the inexperienced middle-order.

Shivam Mavi did well against MI, especially in the powerplay, picked up 2 wickets. Rashid Khan can be useful when it comes to his batting and is a must-have.