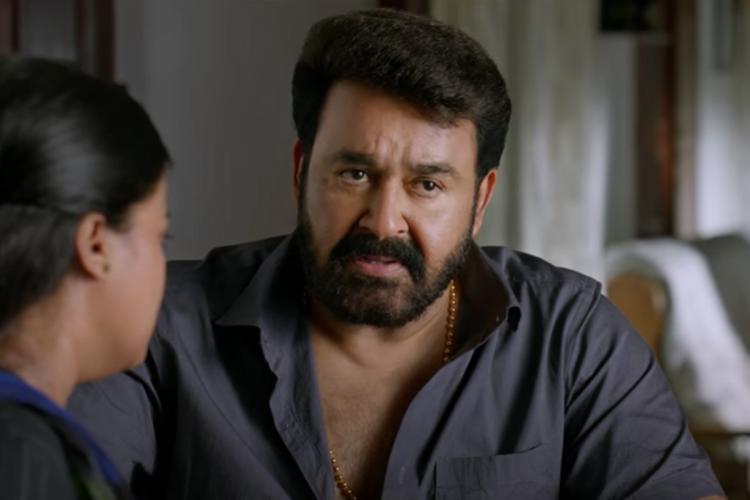 Director Jeethu Joseph has recreated the magic once again in this recent sequel just the way he did with Drishyam in 2013. The Drishyam universe has come together to provide a solid, thought provoking sequel not just to bag the money from all its clout but also to stay authentic and respectful to the story of a simpleton they coined.

The simple, little moments in Drishyam 2 are what adding a great depth to this story and not just staying on the fence to show off Georgekutty’s smartness. It stays humble and rises to the occasion only when it needs.

It’s the sensitivity of this thriller on its gesture towards a tumultuous event, that’s enough to leave a long lasting traumatic feelings, precedes over every element and holds high regard. It didn’t take granted the emotions of any of the least and most important characters. The film does everything in its power to respect its characters. You can witness the thin line subtlety and its brilliance in not showing any characters under a bad light. It’s as if everyone is doing their job as they are supposed to be. Even the ones who wear a friendship mask, exploit themselves to extract the truth. Because Georgekutty is guilty of the same exploitation the others do to him. No one is better than the other, they are doing their jobs. And the family, we root for, don’t hold any animosity towards the ones who wish to crack them. They just defend themselves.

And the beauty of this tale is how strongly it establishes its core as a family. By showing a family that stays together always even when they are pushed and pulled to each corners. The ones, who want to hide the truth for life, never points finger at each other and scream “I’m going through this because of you”. They comfort each other, distract each other, hold each others back against every blow that come at them.

Their empathy towards each other is an important element we want to root for them. We root for not only the ones who tries to hide the truth but also towards the ones who wish to crack it with all their might. We hope all these characters find solace at some point somehow.

Mohanlal, a great actor, not only moves you with his surreal performance when he stands helpless, when he sweats in fear, when he brings upon all the misfortunes on himself just to try his luck. And he also impresses you when he only had to do a bare minimum, when he takes a glimpse at Anju while driving her to college and strike a simple conversation to puzzle out while hiding his worried thoughts, “if my daughter is out of her trauma, Is she doing okay?”, when he widens his eyes at his daughter for she picked a pricey mobile while shopping, when he embraces panicking Anju’s shoulder who heard a police van siren. It hasn’t been easy on him too but Georgekutty tries all his best never to allow the memories of the past, to an extent avoiding talking about it too.

Meena, as Rani, has done a fine job of a woman who carries the weight of the truth and restlessly looking for a place to unburden it. You could witness how effortlessly she emotes a feeling of losing a limp while bidding goodbye to her mother. While Georgekutty lives every moment to predict and prepare for the next blows, Rani carries the burden and feels helpless as she couldn’t vent and do anything about it. Meena’s Rani is so refined than she was 6 years ago in the part 1.

Murali Gopy gives an arresting performance as a police officer who is set out to solve the unsolved mystery. The background score, the cinematography complement the film. Every scene in the film is like turning a page of an interesting novel. They are visually appealing when the camera moves or when the actors move in the frame. Drishyam 2 is a sharp, novelistic thriller that celebrates suspense.

The first look of Jyotika’s next, Ponmagal Vandhal is here and it looks like Jyotika will be playing the role of lawyer in the movie.

Musical tribute to Sushant Singh by AR Rahman and others

Thangar Bachan: An alcove in the garden of Tamil cinema

Sivakarthikeyan’s next is titled as Doctor