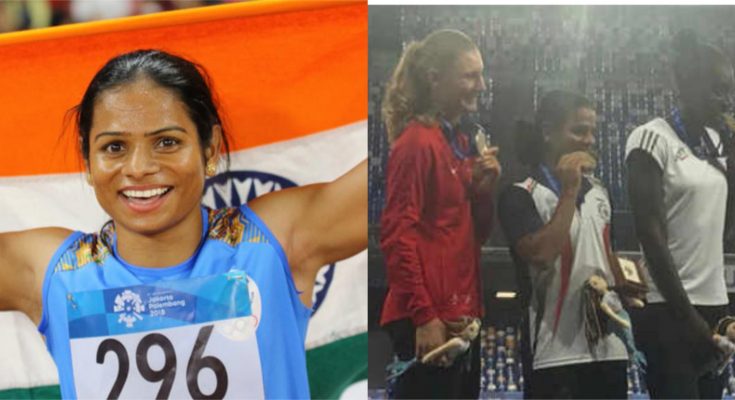 Making the country proud once again, ace sprinter Dutee Chand won the 100m sprint at the Universiade, the World University Games, in Naples on Tuesday. With this, she became the first Indian to win a 100m gold medal at this global event and is only the second Indian woman to win a gold medal in a World Event after Hima Das last year.

Dutee Chand who won silver in 100m, 200m race at the Asian Games in 2018, is only the second Indian to win a gold at the World University Games after Inderjeet Singh who won the Men’s shot put in 2015 edition.

The 23-year-old National record holder, Dutee clocked 11.32 seconds and led the race from the first to win the Gold Medal.

Pull me down, I will come back stronger! pic.twitter.com/PHO86ZrExl