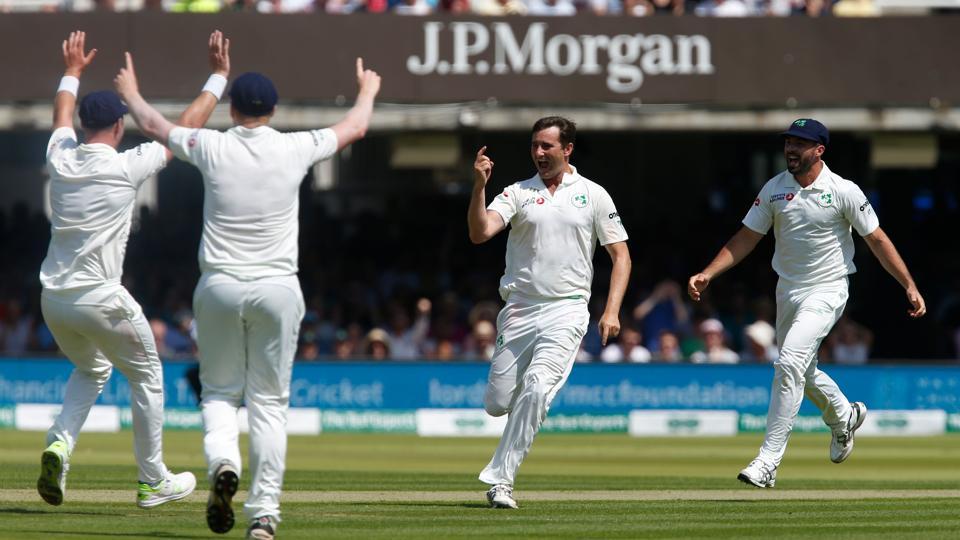 Yes, you read that right. The ODI World Cup champions England were bowled out for just 85 by their neighbours Ireland in one-off, 4-day Test at the Lords’.

Apart from the toss, nothing really did go England’s way as they lost their way to a bit of swing and accuracy from the Ireland pacers, especially Tim Murtagh. The 37 years old who considers Lords his second home, thanks to his domestic career with Middlesex rattled England with his fifer, and he was well supported by Rankin, the first man in seven decades to play for and against England and Adair.

Roy, who made his Test debut was the first to go for just 5, blame his patience. The next among a lot to follow was Denly who was trapped in front by Adair for his maiden Test wicket. Murtagh used the conditions well to dismiss Burns for his second. An LBW review off Adair to dismiss the captain Root for just two was the turning point of the match. Murtagh then ran through Bairstow and Woakes in the same over to make it five, came back to dismiss Ali as well. Rankin then joined the party to remove Broad and Curran with Adair finishing it up for Ireland.

Denly top-scored with 23 and the debutant Olly Stone was the second top-scorer.

While the bowling was super accurate, modern-day cricket is one of the reasons why England suffered. The team failed to adapt to the movement and couldn’t get the bat down at the right time.