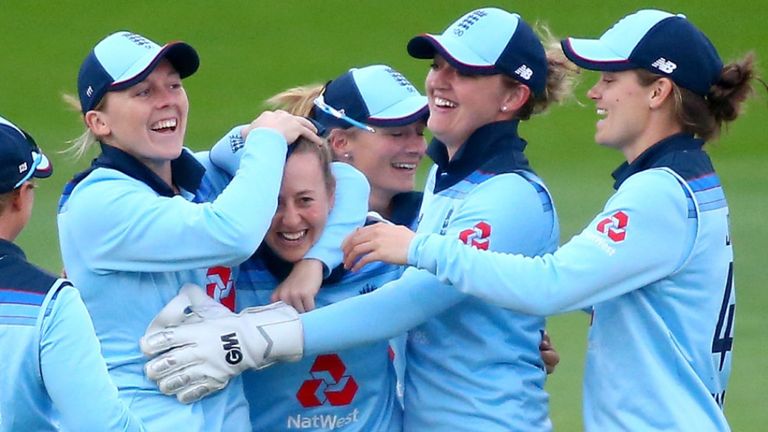 England has announced the squad for the Ashes ODI series, and there is no surprise at all. The team has gone in with literally the previous ODI squad that locked horns against West Indies. The only player to miss out is Alex Hartley.

England has backed Fran Wilson who played only one ODI against West Indies where she scored unbeaten four runs. She also took a jaw-dropping catch in the series to dismiss Hayley Matthews. However, Fran Wilson impressed everyone with the scores of 20 and 90-odd in the warm-up matches against Australia.

Veteran all-rounder Jenny Gunn and Lauren Winfield also made it to the squad whereas the captain Heather Knight has recovered in time from the Hamstring injury that forced her to sit out from the final T20I against West Indies.

The team is well balanced when it comes to the bowling department as Kate Cross has been impressive throughout, but all eyes will be on the 20-year-old Sophie Ecclestone.

England will look to dominate their arch-rivals as well after staying unbeaten in their last 14 matches.

The Ashes series consists of three ODIs and Three T20Is each carrying two points whereas there will be a lone Test match that carries four points. The Ashes trophy is with Australia now, and England will look to regain it.

Australia has already announced their squad a month ago.

Vijay Shankar ruled out of the World Cup!

Watch: Udana refuses to run injured batter out in MSL