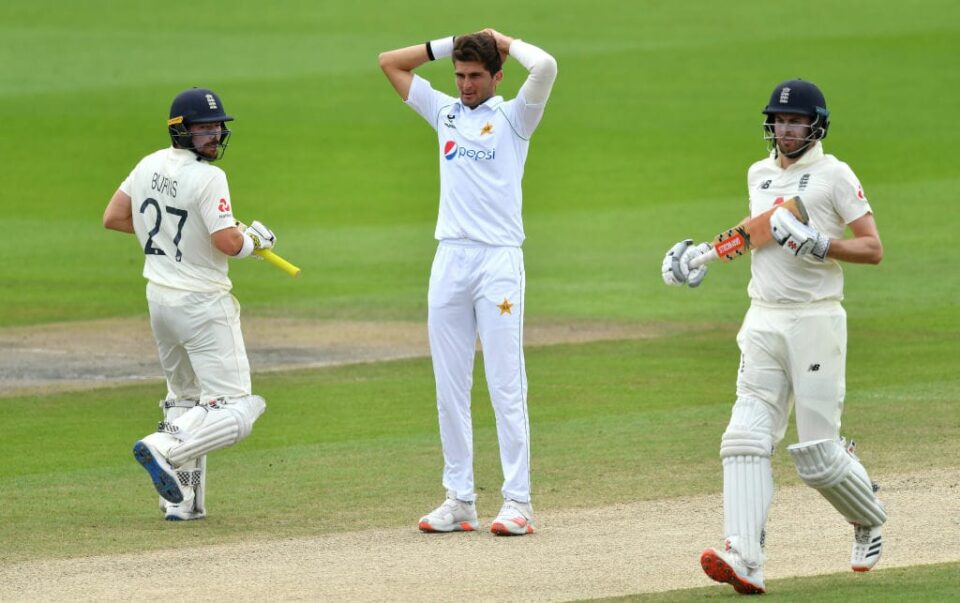 During this lockdown, nothing can make your day better than a thrilling game of Test cricket. Oh, it is super unpredictable. Pakistan was all over England for most part of the game but in the end, England had the final smile. It’s not a laugh though. It could have been, had they defeated Pakistan with more wickets in the hand. By three wickets… England will take it.

Shan Masood, who top-scored in the first innings with 156 showed the uncertainty of the game by getting out for a duck. Babar Azam once again drawing all the attention with his 69. The comparison, however, were withdrawn in the second innings when he got out for five.

If there is a thing that stood the same in both the innings was captain Azhar Ali who had identical dismissal, leg before wicket to Woakes.

Pakistan made a healthy 326 and took help from all the bowlers with Yasir Shah’s four wickets in particular to dismiss England for 219. Pope’s reassuring 62 and Buttler’s 38 were something to cheer for the hosts.

In the second innings, Pakistan found ways to tumble and got themselves into trouble after getting out for 169. Yasir Shah’s 33 were useful at the end but wasn’t enough. The twist was when Stokes, despite his health concerns, took the ball and got two wickets.

But the twist did not end there. England had a good total to chase and after losing Burns, Sibley and Root had starts. They looked like their were cruising but Pakistan bounced back, dismissed them both and Pope, Stokes followed.

The pressure was back on the hosts who saw Buttler and Woakes standing up at the right time. A rusty 75 from Buttler and unbeaten 84 from Woakes took team home safe. In the middle, England did have a hiccup with they lost Buttler and Broad but Woakes finished it off for the team.