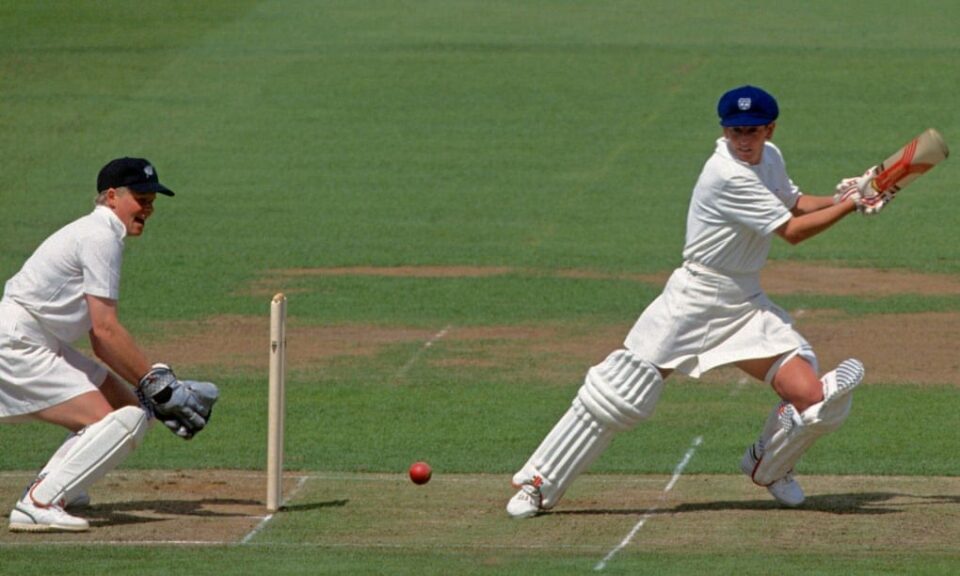 Happy Birthday, #JanBrittin. Enid Bakewell was(is still, of course) a superstar. Hayhoe-Flint is a legend. Jan Brittin was one of a kind. She excelled in both the formats. Test hundreds kept coming. She didn’t stop with that, her ODI tally deserves mention too.

No body was as calm as Brittin when she batted. Skirts to trousers, she did see it all, adapted to the change and topped the charts until she retired in 1998. She was the 1st England woman to score 1k ODI runs.

While her Test records, well, most of them stand alone(including most Test tons), her ODI record of most runs for England was beaten by Charlotte Edwards who idolized Brittin.

Bakewell once said that they changed the outfit from skirts to trousers because they wanted to stop Brittin from diving. Well, it didn’t really stop. Brittin still has the most number of catches in ODI WC.

While she played her first WC years ago, her best was 1993, thanks to the crowd. She not only scored well(top-scored in the tournament) but also took a stunning catch to help the team win the cup.

It was the final wicket. Brittin already top-scored with 48. England were cruising any way. It was the final wicket. But Brittin would not drop it. It would have been a crime. The ball was hit hard to the deep midwicket. Brittin moved left once she saw the ball. Now, the ball was coming over her right shoulders. Her hand went high, grabbed the ball. It was safe. Things moved in slow motion for a bit and when she opened her eyes, she could see the crowd running in. Unforgettable indeed.

Years later, she continued to play till 1998 where during her matches, she played with a damaged finger and still scored plenty. Two 100+ scores and two fifties. Her highest, 167 came during her last days of the career.

Brittin was 58 when she left us. The legend who battled all the tough teams around the world, lost the fight against cancer.

She will be remembered as one of the best cricketers ever to have played the game.

I would love to bat with Sachin Tendulkar: Steve Smith