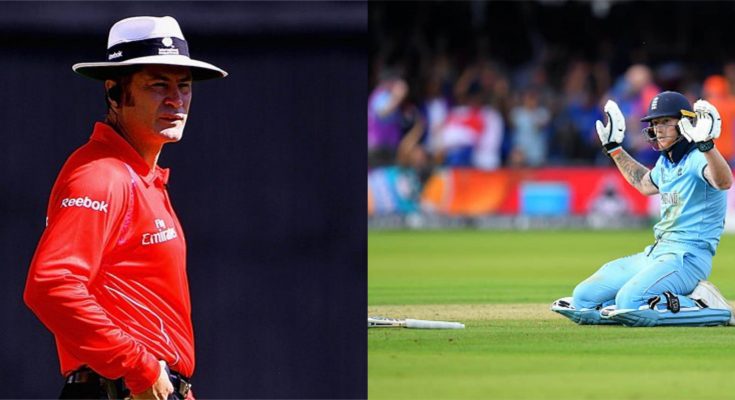 The former umpire Simon Taufel during an interview revealed that England was awarded six runs wrongly.

It was the final over of the match and England’s batter Ben Stokes ran to the danger end while Martin Guptill picked up the ball and threw to the keeper’s end. As Stokes dived, the ball deflected and went to the boundary. The umpires Dharmasena and Erasmus after a discussion awarded six runs to the team, which helped them to reach the super over which again was tied and finally, England won the World Cup because of most number of boundaries.

Talking about it, Simon Taufel said quoting the rule:
“If the boundary results from an overthrow or from the willful act of a fielder, the runs scored shall be:

– any runs for penalties awarded to either side
– and the allowance for the boundary
– and the runs completed by the batsmen, together with the run in progress if they had already crossed at the instant of the throw or act.

He also defended his former colleagues, “The difficulty you (umpires) have here is you’ve got to watch batsmen completing runs, then change focus and watch for the ball being picked up, and watch for the release (of the throw),” he said. “You also have to watch where the batsmen are at that exact moment.”

Taufel added: “In the heat of what was going on, they thought there was a good chance the batsmen had crossed at the instant of the throw.”

Talking about the incident, Ben Stokes said: “I said to Kane I’ll be apologising for that for the rest of my life!”

This is definitely going to be difficult to overcome but it is all part of the game, and as Kane Williamson quoted, we have to accept it and move on!