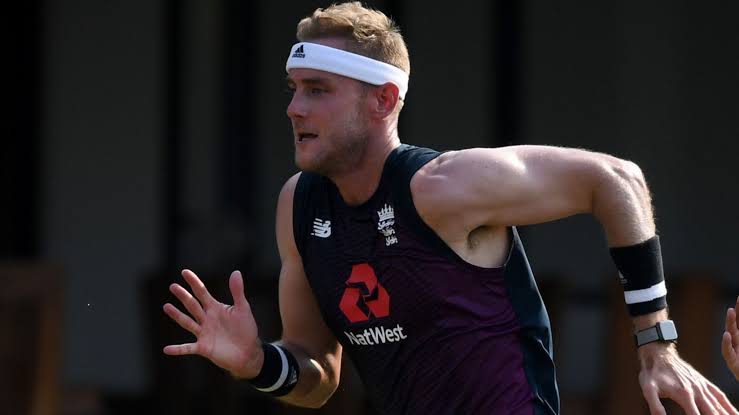 Stuart Broad, England’s second highest wicket-taker of all time, says that he was disappointed to miss out the first Test against West Indies.

Speaking on Sky Sports’ ‘Player Zone’ on Friday, Broad also revealed that he had sought clarifications over his future in the team.

“I found out about 6pm the night before the game. Stokesy told me just that they’re going with extra pace in these conditions,” Broad said.

“I’ve been frustrated, angry and gutted – because it’s quite a hard decision to understand. I’ve probably bowled the best I’ve ever bowled in the last couple of years. I felt like it was my shirt having been in the team through the Ashes and going to South Africa and winning there,” he added.

“I wanted clarifications on the future going forward and I was given pretty positive feedback going forward.”

“I felt like I deserved a spot in the team, like everyone else. Chris Woakes, Sam Curran were bowling really well and probably deserve to be in the XI too.”

“So it is hard to take but also I’m quite pleased I feel frustrated and feel gutted and angry because if I didn’t I’d have a different decision to make.”

“I spoke to Ed Smith last night and he said he’s involved in picking the 13 and this was picked purely for this pitch. I’m not a particularly emotional person but I’ve found the last couple of days quite tough,” Broad said.

“To say I’m disappointed would be an understatement: you get disappointed if you drop your phone and break your screen,” he added.

This is the first time that Broad had missed a game since 2012 at home.

Meanwhile, England is currently trailing by 99 runs with 10 wickets in hand at the end of day 3. After Holder’s six wickets, it was the turn of Stokes to provide the best when it comes to bowling. The all-rounder picked up four wickets and he was supported by Anderson who had three wickets.

With two more days to go, the match is hanging in balance now.

Intense COVID19 can be controlled, Dharavi is an example: WHO’s Tedros

[…] to bat first and he stunned with his team selection as he went ahead with Anderson, Wood, Archer. Broad had to sit out for the first time at home since 2012. Holder told that he was okay with the toss result as […]