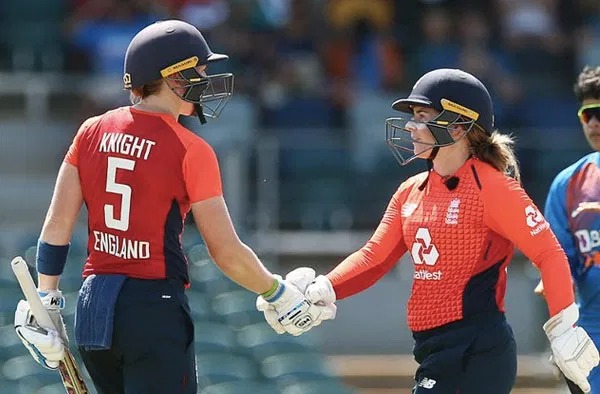 England begins their campaign with a win against West Indies in the first of the five-match T20I series. Both the teams have not played an international game since March. While England have been training for a long time, West Indies began their training only recently.

Batting first, England had Tammy Beaumont opening with Danielle Wyatt after going in with the same playing XI that defeated West Indies a few months ago.

Beaumont scored a fantastic 62 from 49 deliveries, putting an end to her run-drought for England. Despite her performance, nobody really scored big. Knight and Jones-who is playing her 50th T20I- had a tiny partnership and helped the hosts to reach 163.

For West Indies, Selman had three wickets, Matthews and Taylor had two.

In return, Dottin was the lone warrior for the team, she scored 69 runs and no other player had even crossed the double-figure mark, letting the team down. The team made 116 for 6 in their 20 overs.

For England, Sciver and Ecclestone had 2 wickets each whereas, Brunt was the best economy bowler. She gave away only 8 runs from her four.

Beaumont was awarded the player for the match for her performance.