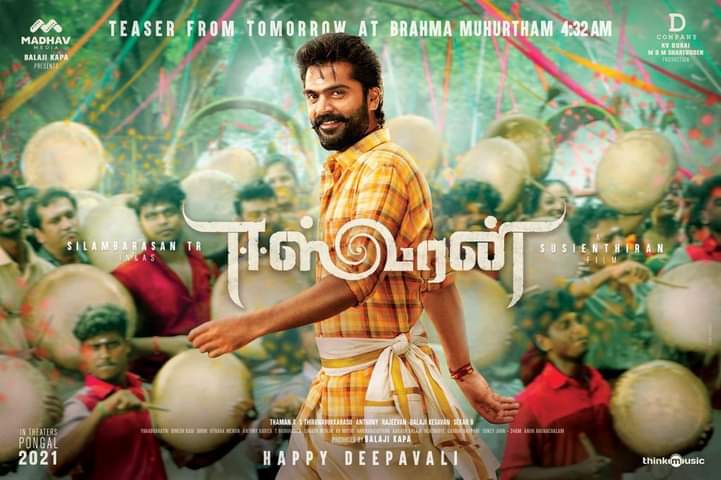 After a really long time, there is an update on a new movie for Simbu. His fans are excitedly dumbfounded to glimpse their star on the first look poster. There is a recent controversy about the video of him catching a snake went viral. Department of Animal welfare demanded an explanation. Simbu explained that he caught a plastic snake and real animals aren’t harmed.

Simbu and his unorganised shooting schedules left to talk about his insincerity towards him profession. Now, he has wrapped up Eswaran in just 20 days. This is the first time in a long time Simbu has completed a film in such a short span of time. His fans got a chance to glimpse their star on GVM’s short recently, “Karthik Dial Seitha Yenn” which is an event segued with his blockbuster Vinnai Thaandi Varuvaaya (2007).

It’s expected that Simbu would complete Maanadu once he is done with Eswaran. He releases his film’s teaser on this festival day Deepavali at 4.32 am which is considered as an auspicious time. The actor lost almost 20 kgs for his comeback which left his fans in ecstacy to see what else their favorite star would bring out to their surprise.

Here is the teaser:

Eswaran looks promising and asserts to be a good comeback for this potential actor.