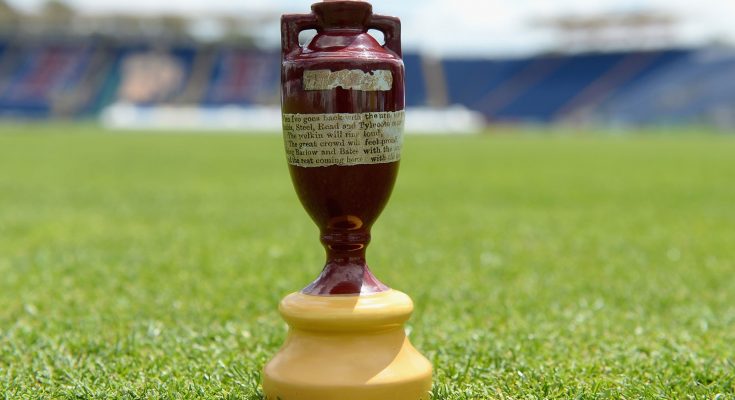 Everybody who follows cricket is certainly aware of the Australia-England rivalry but how did the series get the name?

Things go back to 1882. It was the 96th season of cricket in England since the foundation of Marylebone Cricket Club (MCC). Just like every other year, England had visitors to play the game. In August, Australia travelled to England and they produced a famous victory by 7 runs in the only Test of the season. F R Spofforth who is called the demon bowler rattled England by picking up seven wickets in each of the innings. This was Australia’s first Test win in England.

The victory was considered as humiliation by the fans and a famous England magazine, The Sporting Times, came up with the satirical obituary post as follows:

In Affectionate Remembrance
of
ENGLISH CRICKET,
which died at the Oval
on
29th AUGUST, 1882,
Deeply lamented by a large circle of sorrowing

N.B.—The body will be cremated and the
ashes taken to Australia.

When England next traveled Down Under, captain Ivo Bligh vowed to return with “the ashes” while his Australian counterpart, WL Murdoch, similarly vowed to defend them. Thus, the media picked up the quote- “Quest to Regain the Ashes”.

In the tour, captain Bligh went on to win two out of three Tests and a small urn was presented to him by a group of women including his future wife, Florence Morphy whom he went on to marry soon. The urn had wooden bails on the top and was a satirical representation of the Ashes of the Australian cricket.

The urn was a personal gift to Bligh, we are not aware of the originality of the urn that is being used as the trophy today because the one Bligh got as a gift was “silver urn” according to the papers of that time but the one we currently use now is a terracotta urn gifted by Bligh’s wife to MCC. The trophy can be seen in MCC museum at the Lord’s.