In life, you come across a few people who are an epitome of positivity and they make donning multiple hats look like a cake walk. Years back, I came across a Social Entrepreneur, Sowmya Sankaran and through her life with equality, she has achieved so much not only for the people but also for the animals.

If these are not enough, she created World record recently by penning ‘Voice of Voiceless’ comprising of 15,178 words in 8hr 43 minutes.

Here’s a small interview with her.

Tell us about Life with Equality and Social Talkies:

Life with Equality was kickstarted in the year 2014 and it has been amazing so far. We were able to transform the lives of a number of homeless people by either providing them with a permanent shelter or placing them in jobs and it all started with Food for all program. Subsequently, we adopted a village couple of years ago which is 100kms from Chennai and set up our animal shelter exclusively for abandoned/sick/injured animals who wanted to lead their second lives. We also began livelihood programs for people in the village.
Social Talkies is getting powerful day by day as it has been possible for less known people to get the attention they deserve.

I did not want to constantly promote or even update to others about what I did during Gaja cyclone. Though I initially began with rescue and rehabilitation works in the interiors of Pudukottai, I shifted the focus to animals and arranged veterinary camps and also offered rural employment programs that can offer stable income to those people who lost their resources and were homeless.

The World Record- How did it all happen!

There was absolutely no planning. I started my career as a writer in 2009 and I wanted to use that strength to portray my love for animals and the importance of co-existence. At least when strays are celebrated for some reason, they could gain respect and the much-needed love. However, I was fortunate enough to see enormous support and with no fuss, I was able to complete a book titled ‘Voice of Voiceless’ comprising of 15,178 words in 8hr 43 minutes.

You are a social entrepreneur. It is definitely a difficult journey. How helpful is your family?

Entrepreneurship by default was not appreciated and social entrepreneurship involved a lot of struggles and compromises to gain support and establish trust with the villagers. Every time there was a NO, I was getting a clear picture of what I should do next and I never gave up.
The support primarily is from my husband! Still, I never looked for external help as I always believed in self-dependence.

Becoming an entrepreneur is easy but surviving is difficult. You may have to come across a number of criticisms that will actually make you stronger. Never give up if you have chosen the path. Break the stereotypes and yes, you too can! 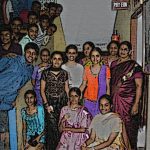 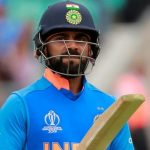