This is for you, Mahesh Babu: Vijay… 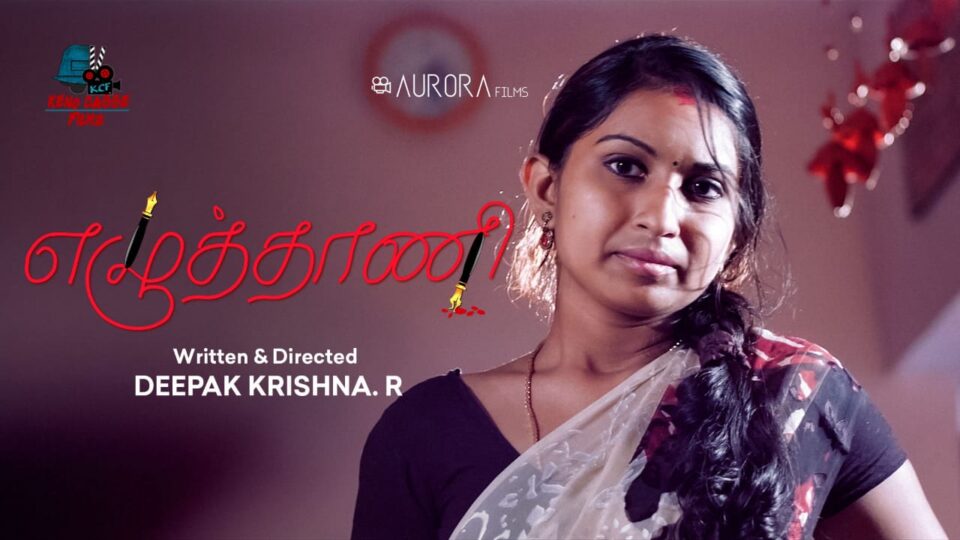 Vijay Bharathi, a writer in the making, brims with pride when his wife finished reading the book he has just written. His pride lies in the fact that he is able to give a tangible form to his passion and make others see it too. We see an affinity between the two in just few seconds into the film. A nice dynamic that touches the contrasting keys between the wife’s affection towards her husband’s dream and a slight possessiveness when there is a talk about his ex-girlfriend who plays as a final turning point yet again in Vijay’s life to follow his dreams. Actor Jaya Kumar as Vijay Bharathi stays with us until the end. His harmonious discernment, towards the world he lives in, doesn’t let him go without paying the price for being too loyal to his passion.

The Rhythm, in which the placement of scenes are weaved together, gives a sense of completion that asks for a solid kudos to the Deepak Krishna’s filmmaking. Vijay is a penman, he has always been one with a rarity of courage and perseverance you see in today’s world. Even after conquering his inner fears to chase his dreams, he is still put in a position to fear and answer someone who is not in any part of his world. An obstruction, that’s created by this ill-society, stands in the way of Vijay to threaten him to go back to a hole where no one can sense his passion, his creativity or him. I would have loved to spend few mins with Vijay where he could talk about his passion more and not just the legality that surrounds it. I loved how they have captured Vijay’s disappointment in his waiting for the applaud, a motivation that any true artist who needs to go on. His passion, as sharp as the nib of a pen, is blunt and crippled by the immoral society and it was lyrically captured by the use of a pen. An effort, that seem so minimal and deep at the same time, deserves a loud recognition. And when the collection of his books since childhood, on which he has built his dream until the moment, those books he holds dear to his heart, are burnt to the ground without a trace, it reminds the Nazi rule that vanquish the art and the emergence of any artist who speak against them in their time. A budding writer like Vijay Bharathi, who imbues the courage from his name ‘Bharathi’, he and his art is still in a position to bow to these low key people who does caste politics.

Ezhuthaani has got some deep, striking dialogues. They are not just fillers but the backbone of the film along with Ramshanker’s amazingly blending music. His lovely strumming guitar is so poignant. Dubbing and the Delivery in uttering dialogue are meticulous in their attempt. It aims for perfection. It exceeds the par in terms of anything an artist who wants to make a point for their art to see the light of the day. It’s a never ending debate that if art can be separated from politics or not. But for the artists, who want to make a strong political statement to object the use of immorality based on caste divisiveness, the society is ill enough not to be kind. And Vijay is the victim in such rotten environment. And when his loved one’s life is threatened too, he decides to quit his dream or he is forced by such society to quit. I would have loved to see the film explore the worldly constraints a creator has in their journey where the logic and technicality can’t be questioned. At one end when Vijay tries to keep us with him in his ordeal, the film loses its grip on the obstructions he tackles, when it is laced with some witty humor on the other end. The struggle and survival of such cruelty is real but conveying the trauma with the liberty that’s available in making a short film is substantial.

Ezhuthaani is a piercing short film and the filmmakers deserve a warm welcome. Watch the film here:

And I was pleasantly surprised to recognize filmmaker Arun Narain, the director of Michael (a lovely poignant short film that was quite a head-turner) in a cameo. Read it here: