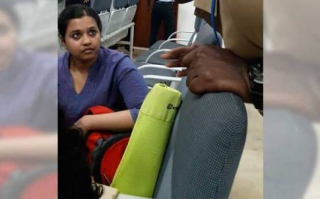 Fascism!
It is in the rounds that a tamizh girl shouted “FASCISM BJP (DOWN DOWN)” while seeing TAMIZHISAI travelling with her in an aeroplane.

If TAMIZHISAI ignored her, only the 40 people in airplane would have known about it. But after the flight landing,she filed a complaint against that girl for commenting about BJP.

When the police tried to calm her by saying, “she is out of brains,Madam. You ignore her”.
Tamizhisai’s reply was ,”அறிவுலாம் இருக்குங்க”.

So people who have brains call BJP as a fascist community?

IT HAS BEEN A YEAR SINCE HER DEATH!