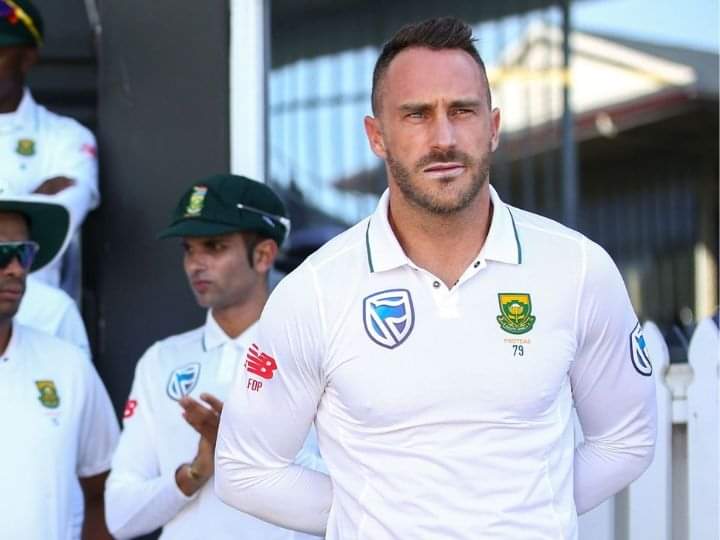 He has this technique where he walks around for the spinners, lifts his bat so much that it makes you yawn. He gets his foot in an awkward position; if someone accidentally clicks him, it would top the meme pages with ‘How did it get there’ caption. He misjudges the swing at times, ends up watching the ball hit the stumps. There are times you would want to kill him for doing stand-up comedy with the bat in the middle.

Faf is supposed to be this way. He had to be different. Nobody is ABD and it is not his fault. But Faf has things that make him lovable. Faf has things that make him be the way he is. He might not be outstanding, he is consistent. His shots might not be good looking but they are venomously effective. He certainly is not a regular cricketer but a born leader. Nobody loves the leadership more than Faf does. The guts, the determination allowed him to tell loudly that he wants to bat up at the position where Kallis batted. Replacing Kallis is no joke. This man had everything that when he retired, he took away everything which he gave to the team. Faf had to climb up and up to reach at least half of the impact of Kallis during his initial times. It’s hard, you know. But Faf was good at it and was willing to do it.

Taking over the captaincy is one thing Faf would’ve enjoyed more. The leader in him would have enjoyed more. He was crisp when he became a leader. He wanted the team to grow rather than his growth alone. There were certainly huge ups and freefalls. But that was expected. Even the bigger players couldn’t get South Africa through thousands of time. With Faf, they trained better, tried better and grew better… And fell “better” too.

Whenever Faf did wonders with the bat, he has this celebration that is more apologetic than grunt or grin. He was always like that. If that was an away game, he would convert boos to cheers with a casual knock. Who needs a mighty blow when you can simply pick up runs and make the crowd fall for you?

Leave, edge, leave, block, leave, block. This is how Faf’s ideal Test batting would go. He tires the bowlers, mentally affect them. People might call him names, tell that he has no intent to score but, oh, he loves to see them suffer.

T20s would see a different Faf. He is a doppelganger to that Test fellow. However, he is different when it comes to scoring runs. Oh, he still loves to see the bowlers suffer but in a different way. Don’t get me started on how many times his partners suffered too. He runs. Runs. Runs. He not only tires his partner but calls short runs and would kill them. They would curse but hey, it’s Faf and you cannot hold your anger for a long time.

He is the sweetest guy off the field. He is not that guy you are friends with but the one who would smile and greet you every single morning and would tell how beautiful the day is when you meet him at the groceries. He would carry your bags too. His small talk would make your day. He is that guy who loves the casual outfits and always wears his heart on his sleeves.

Now, Faf is all same when it comes to the press conference too. He has this crisp answers. On point. He doesn’t mix it up with a maybe. It’s either yes or no with Faf. He articulates his disappointments better with a pinch of humour. He would go on and on about the love for his players. His way of expressing it is different though. Ask Rabada.

Faf came. He ruled and is just a few years away from moving on. His last few years will be crucial and as a senior player, he knows it too. No matter what is in stores for him now, he will be the star that South Africa never saw coming.