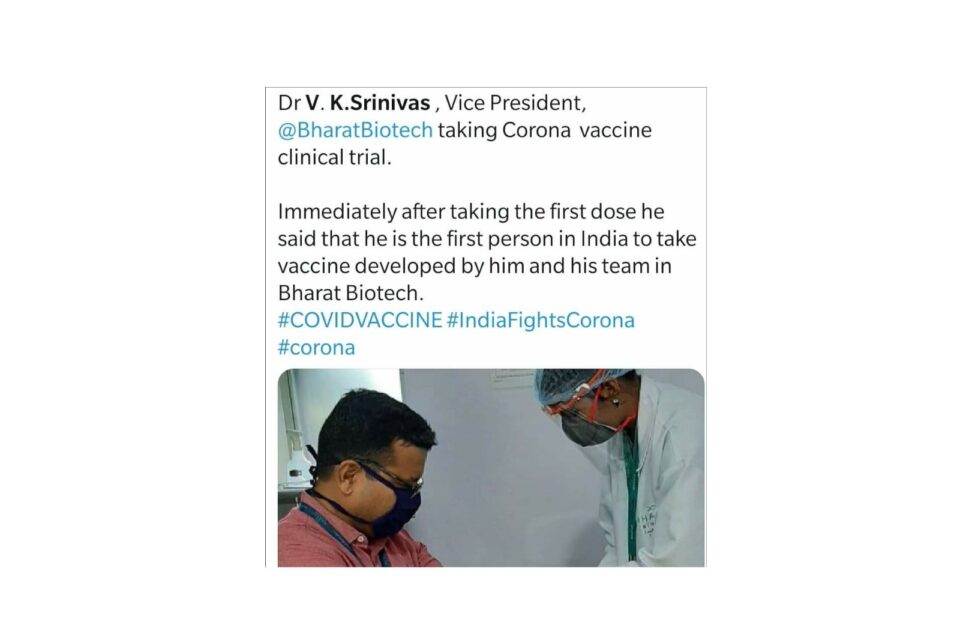 Social media is a weird place. You can trend literally anything including fake news. People are too lazy to check the source for the same before forwarding them. This is like a chain and it goes on.

The recent fake news that was making rounds is a Twitter screenshot saying that the Vice President of Bharat Biotech getting the Covaxin.

The screenshot had a picture of a man and a nurse. The nurse was taking a blood sample from the man. Well, it is not the Vice President.

In a statement to the media, Bharat Biotech said, “This is not true. This image is routine procedural blood drawn for testing all our production staff. You can see the black band on his arm. A classic case of fake news circulation in WhatsApp.”

Bharat Biotech is on it’s way to create vaccine for COVID19 and they are successful in their process so far. The human trails are yet to be made.