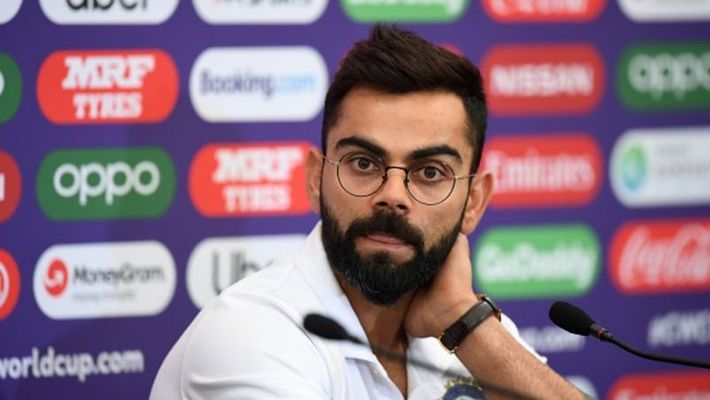 “As a leader of the team, my focus is to take the team forward and not worry too much about the results as they don’t always determine the leadership qualities of a person,” said Virat Kohli in the pre-match press conference ahead of the T20I series between India and New Zealand earlier today as per an IANS report.

Virat Kohli has often received applause from the fans and journalists for walking the talk on-field in the past. Even though a few moves might not have worked, it gave the impression that the team management knew what they were trying to do. In the recent past though, the scenario is not looking the same.

Ahead of the One Day International series against Australia, Kohli said that he would bat down the order so that KL Rahul can bat at number three. “I’m not possessive about where I play, and I’m not insecure about where I bat. Being the captain of the team, it’s my job to make sure that the next lot is also ready as well,” he said.

After India lost the first ODI in Mumbai, Kohli said, “Because of the way KL has been batting, we have tried to fit him in the batting line-up. Having said that, I don’t think it’s quite gone our way whenever I’ve batted No. 4. So we’ll probably have to rethink about that one.”

Kohli walked in at number three in the next ODI at Rajkot and India won the match by 36 runs. “We live in the days of social media and a panic button is pressed too early,” he said in the post-match presentation.

While multiple arguments are doing the rounds on Kohli’s decision to bat at number four, the actual issue lies in the lack of clarity and communication from the team management on taking the team forward. At least the comments that are being made by the captain and the management on constant chopping and changing of the team combination indicate so.

When Rishabh Pant got injured in the second ODI against Australia, Rahul had to keep wickets. He continued the wicket-keeping duty in the third ODI as Pant was not picked despite being available for selection. After winning the series Kohli said that they are willing to persist with Rahul as a keeper. Also, he compared this move, which was a forced one due to Pant’s injury, to a strategic move made in 2003 to make Rahul Dravid keep wickets so that they could play both Yuvraj Singh and Mohammad Kaif. “KL Rahul brings in a good balance if he can keep and bat that well in that position (No. 5). He has come into the slot and done well. So we will have to persist with that a little bit and see where that takes us and not necessarily be confused about the other options we have,” Kohli said.

The case with Dravid was that India could not bat till number seven if they had to accommodate a specialist keeper. However, here, Pant, who bats at number six as a specialist wicket-keeper batsman, will be replaced by Manish Pandey, who is a specialist batsman again. It means that the team combination remains the same, with Ravindra Jadeja batting at number seven.

Ahead of the T20I series in New Zealand Virat Kohli has confirmed that KL Rahul will open in the T20Is and will continue to keep wickets as well. He also said that it might probably have an impact on other players, but they will not care about what is said.

Rishabh Pant, like any other player, should be judged based on his performances and dropped if required. But, the issue here goes back to the lack of clarity and communication, as Virat Kohli is saying Rahul keeping wickets adds a balance and not saying that Pant is being dropped due to his bad form.

The statements that the Indian captain has made in the past 20 days contradict one another. With the T20 World Cup coming up, this lack of clarity is a huge worry for the Indian team. And with the current team management, if Rahul and Pant have a poor run in the Indian Premier League and MS Dhoni has a good one, one would never know. Like it has happened in the past three International Cricket Council (ICC) tournaments, the inadequate planning might come back to bite India in the knock-out stages of the upcoming T20 World Cup.