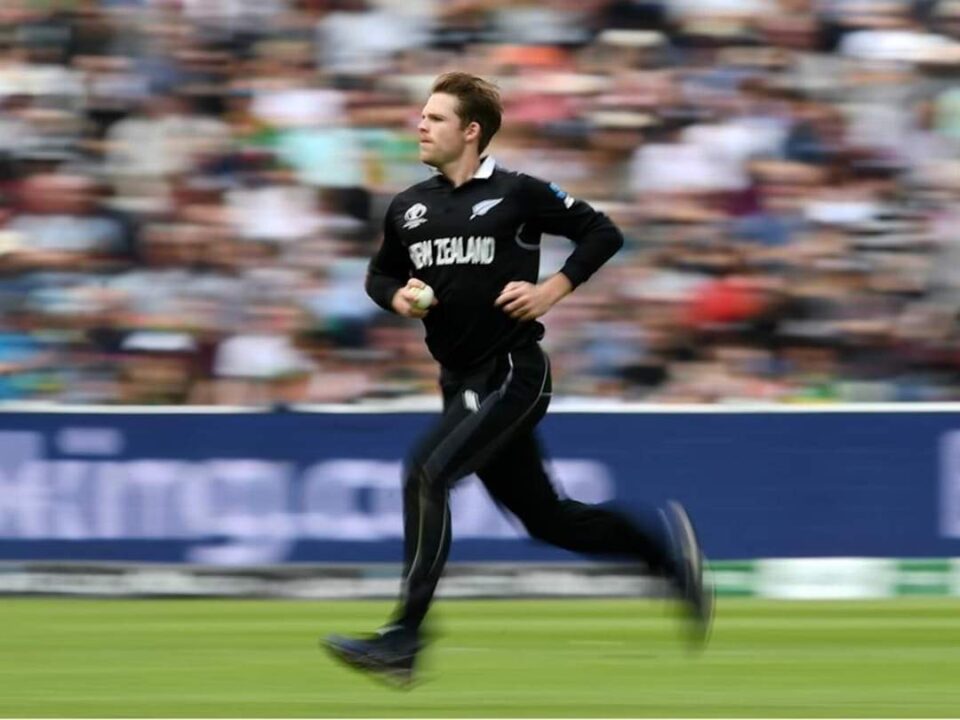 People take inspiration from the stars they watch while growing up. Ferguson had two stars. Bond and Adams. Nobody hates Bond. Literally no one at least in New Zealand. He was a superstar and is the second-best bowler New Zealand ever seen. Bond 1.0 had something that Ferguson has too. The speed. The hellish speed. At least Bond had competition from different players around the world, but for Ferguson, the competition is less.

He can hit 150km/h consistently. While he runs like a Flash, he bowls like one too. It is hard to judge his release and imagine facing a toe-crusher at that speed.

Now, Ferguson’s action is weird. He runs in, and his right arm goes up when he arrives near the umpire, a tiny movement in the front, and jumps when he gets to the stumps and has a high release. He watches the ball till the end, and the best part of the bowling is he bends. He bends towards his left while releasing the ball, there is a 90-degree arm stretch and his body looks like he is doing a yoga pose. This is one of the difficult poses to achieve and is effective until he gets himself into injury. Bond had the same trouble too.

Well, Ferguson is all about pace but his presence of mind comes in handy for him. He also does his homework, reads about every single player and finds his weakness. He doesn’t try the same old trick for everyone.

He had a powerful yorker to dismiss Faf du Plessis, A short ball to Miller. His bouncers are vicious. Ask two of his recent victims Rashid Khan or Imam ul Haq.

Andre Adams, his another role model helped him to get better when it comes to the planning and execution. Most importantly, he learnt the trick of the back of the arms release from him. Something he had for Haris Sohail.

Despite everything, his USP is yorkers. He can hit the fuller length and the yorker length continuously and is the bread and butter for him.

Now, what is his role in the team exactly?

We all know that New Zealand has a huge number of pacers beginning from Boult to Milne. Everyone has their own tricks and for Ferguson, it is his speed. Boult would bowl first, would use his ability to swing the ball. In the middle overs, when the ball gets old and dry, Ferguson begins to bowl, well, in most of the games. He doesn’t allow the batters to relax. He keeps coming at them. Of course, he goes for runs when he misses the mark but he makes up for everything. Ferguson doesn’t see himself as a wicket-taking bowler. His aim is not to give away runs and keep it below six every time he comes out to bowl.

He ended up as the second-best bowler in the World Cup, just behind Starc but his average is 19.47 and he had 21 wickets. He is one of the best death bowlers right now in the world.

Playing for Auckland for years, his best season was 2014-2015 where he picked up 21 wickets at an average of 23.38. He took 31 wickets the following year, got into the limited-overs side as the replacement of injured Adam Milne. He announced his arrival by picking the wicket of David Warner in the first over. His best year was 2018 where he finished the second-best ODI bowler for New Zealand once after Trent Boult. He did make heads turn with the performance and make it to England county.

Well, this competitiveness and the sports ran in his blood, thanks to his family. His mother was a sprinter and his father was a rugby player. His brother tried multiple sports but his injury prevented him from playing.

In a way, Ferguson found his motivation by competing against his brother. Later on, it was mostly with James Neesham but of course in a friendly way.

Neesham also shared the ball with him in the middle overs during the World Cup and their competition goes years back to 2008 during England Test series where there was a fast bowling competition. Neesham had all the tricks in his bag and defeated Ferguson by one Km/h. They both are still competing when it comes to picking up wickets today. Oh, yes, they even compete when it comes to the moustache.

With some more years on his bag, he has all the ability to become one of the best bowlers the team ever produced.